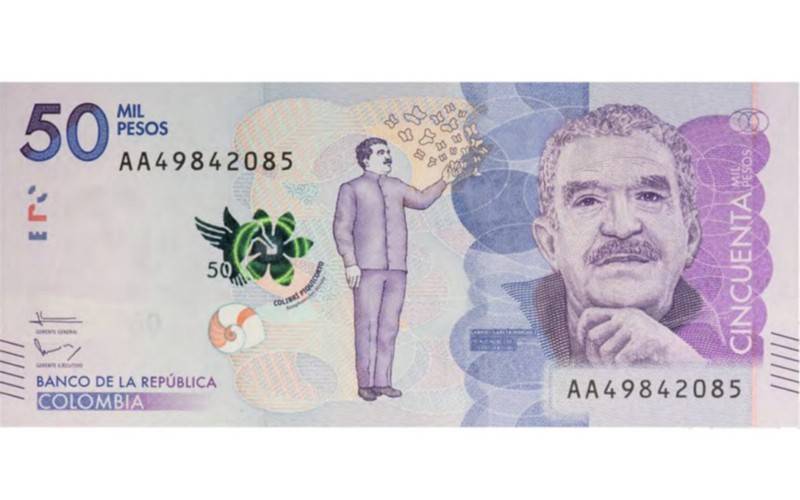 The rumors have been circulating since his death in 2014, and last week they announced it at an official ceremony in Bogotá.

'Gabo' was best known for his novels 100 Years of Solitude and Love in the Time of Cholera, the famed magical realist will share the bill with two members of the Arawak tribe, a native people of Colombia, who are pictured along with a rendering of La Ciudad Perdida.

While literary figures do not appear on currency often, Marquez finds himself in good companionship.

In the 1990s, Charles Dickens was featured on the British ten-pound note and fellow 19th century novelist Jane Austen will grace the bill beginning in 2017.

Additionally, James Joyce graced Irish currency for a decade before the initiation of the Euro in 2002.