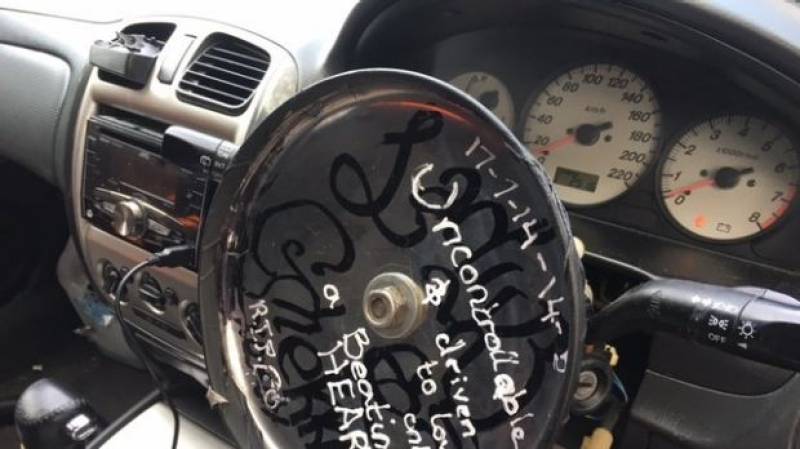 ADELAIDE (Web Desk) - Necessity is the mother of invention and an Australian man endorsed the adage by using a frying pan as a tool to steer his car instead of the steering wheel.

The man faced the music of his innovation when locals reported to Police after seeing the "suspicious red Mazda sedan.

The cops released a statement that stated the unnamed man had also messed with his number plate and that the metal pan had personalised writing on it, which according to Daily Mail Australia, read "Uncontrollable and driven to love only a beating heart."

He has been bailed to appear in the Adelaide Magistrates Court on October 11.South Australian police also shared the innovation idea on their twitter handle.

For those playing at home, this is not an approved steering wheel - https://t.co/f9Hikfw8Oi pic.twitter.com/SrRbOmNxpu