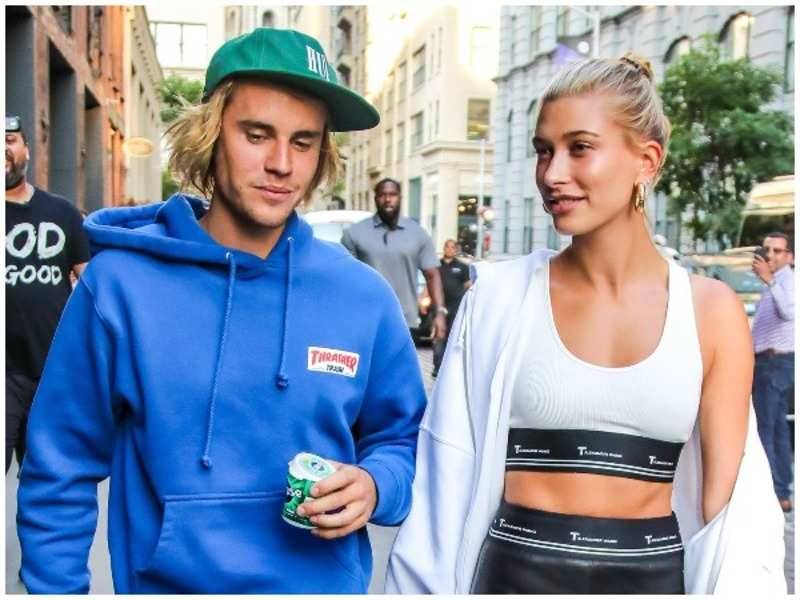 Justin Bieber is head over heels in love with his wife Hailey Bieber and he's not sorry for his public display of affection!

The Canadian pop star is back to quieten a wave of trolls who still have something to say about his relationship with Hailey Baldwin.

He recently posted his wife Hailey’s picture on Instagram, praising her for her no make-up look. He also mentioned her in his story, along with the post saying, “No make-up? Like, what?”

Most of their fans were awe-inspired with the pair's lovey-dovey exchange but one critic felt genuine love needs not be so public. 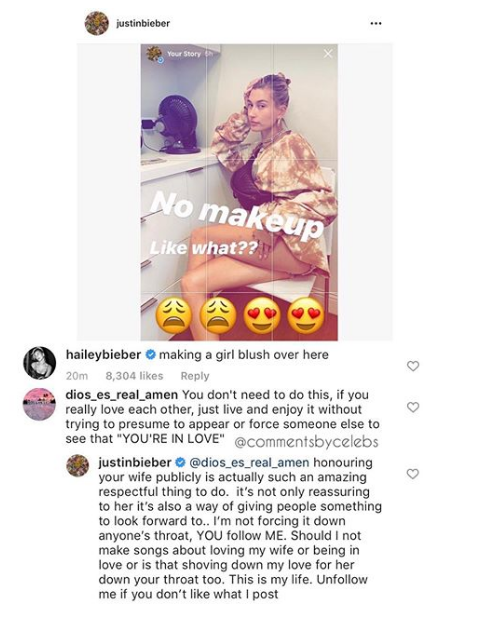 “You don’t need to do this. If you really love each other, just live and enjoy it without trying to presume to appear or force someone else to see that you’re in love,” said the user.

Following the comment, Bieber’s response proved that he is not "Sorry" for showing affection towards his wife. He added that a person who does not appreciate his way of expressing himself on his feed is more than welcome to unfollow him. “I’m not forcing it down anyone’s throat. YOU follow ME,” said the singer, as he reiterated what he believed to be hypocrisy.

Better at 70 baby. I love you more everyday. You challenge me, strengthen me and your overall way cooler and more awesome than I am and I’m okay with that

“Honouring your wife publicly is such an amazing and respectful thing to do. It’s not only reassuring to her but it’s also a way of giving people something to look forward to,” added the singer.

Bieber further questioned how his Instagram post is any different from any other manner of expression, be it his songs or his quality time with her. “Should I not make songs about loving my wife or being in love or is that shoving my love down your throat too.” 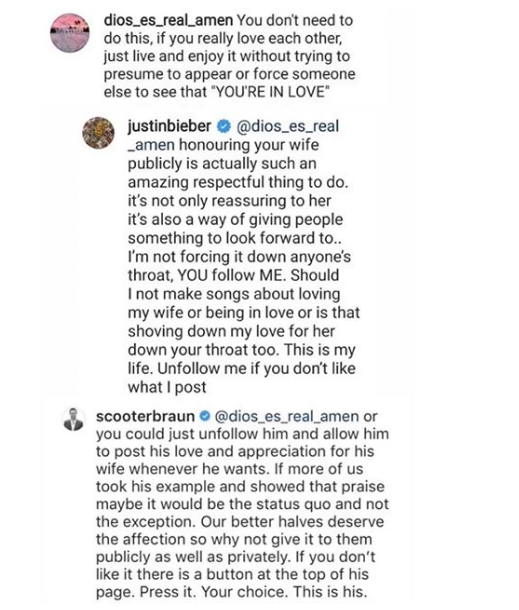 "Or you could just unfollow him and allow him to post his love and appreciation for his wife whenever he wants," he commented. "If more of us took his example and showed that praise maybe it would be the status quo and not the exception."

"Our better halves deserve the affection so why not give it to them publicly as well as privately," Braun continued. "If you don't like it there's a button at the top of his page. Press it. Your choice. This is his."

Justin and Hailey married in a New York City courthouse almost exactly one year ago in a surprise ceremony.

The lovebirds are are reportedly set to have a formal wedding soon.