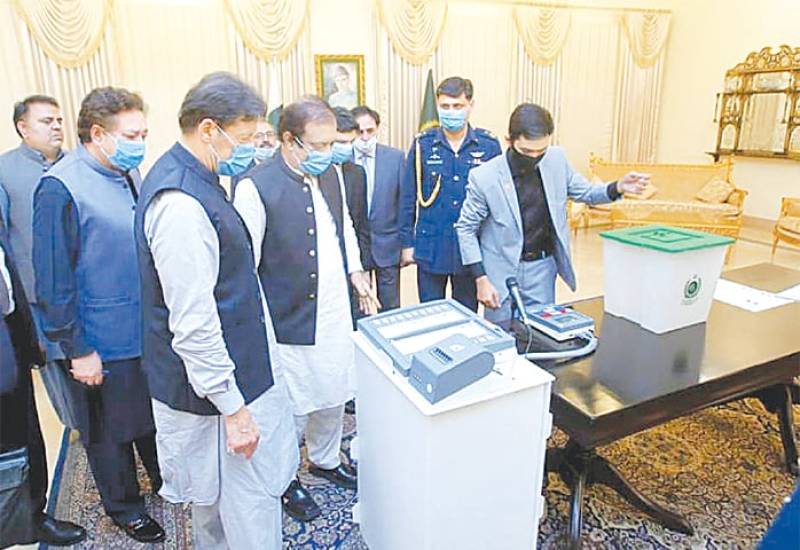 ISLAMABAD – The Election Commission of Pakistan on Tuesday turned down the government’s proposal to use the Electronic Voting Machines (EVMs) in election, saying, it cannot stop the rigging in polls.

The ECP during a meeting of a parliamentary committee of the Senate said that EVM cannot ensure transparent election in line with the Constitutions of Pakistan.

The matter is in spotlight since the government has expressed resolve to use the machines for the elections.

It maintained that the invention could not end horse-trading, adding that EVMs can misuse state power.

ECP further explained that the machine did not ensure secrecy of the voter, adding that stakeholders are not on board and there is not enough time to test the machine before the next general election.

It also highlighted that it lacked funds to roll out EVM across the country.