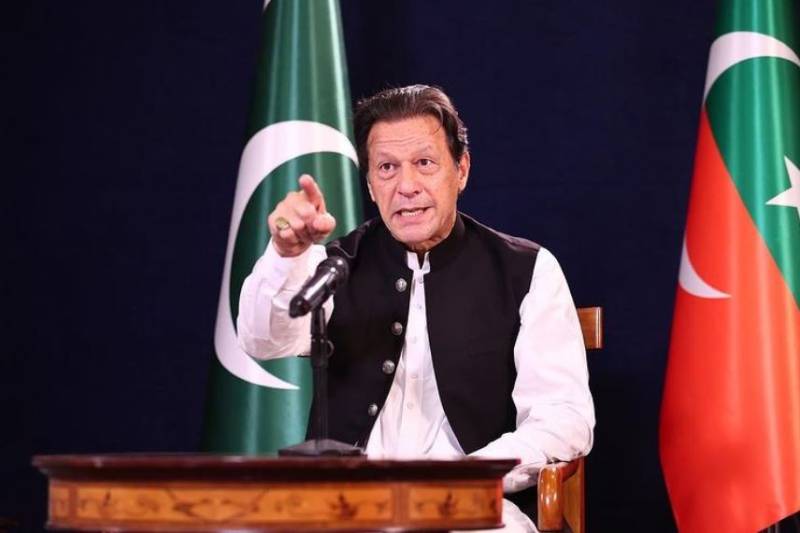 Khan reacted to the development a day after NetBlocks, an internet tracker, confirmed the outrage, while YouTube Down was trending on the microblogging platform.

In his latest tweet, the defiant politician accused the government of censoring him on digital platforms, saying such moves would damage Pakistan’s reputation.

"They are imposing a complete blackout of my speeches not only from mainstream media but also by blocking YouTube. This fascist govt of a cabal of crooks and their backers are willing to harm the interests of Pakistan simply out of fear of (his party) PTI’s soaring popularity. Utterly callous and unacceptable", the tweet cited.

Imported govt is so fearful of the nation rising in support of my message of Haqiqi Azadi that they are imposing complete blackout of my speeches not only from mainstream media but also by blocking YouTube. Digital censorship hurts entire IT sector & damages Pak's image globally.

Meanwhile, YouTube officials have not responded to the issue, while a representative of the Pakistan Telecom Authority said they had no idea about the outage.

Despite the blackouts, PTI Chief continues to rake millions of views on different social platforms.

The ruling alliance decided to censor Khan’s live telecast after his explosive speech in which he mentioned state institutions.

Last month, a pro-PTI news channel was taken off the air but a court ordered the ruling illegal and another private TV channel was suspended lately for airing anti-government content.

The service of video streaming platform YouTube faced disruptions on Tuesday during a speech of defiant Pakistani ...

Since being ousted from the premiership, the PTI chief has been referring ruling alliance ‘imported govenrment’, a reference to his claim of foreign interference behind his ouster.