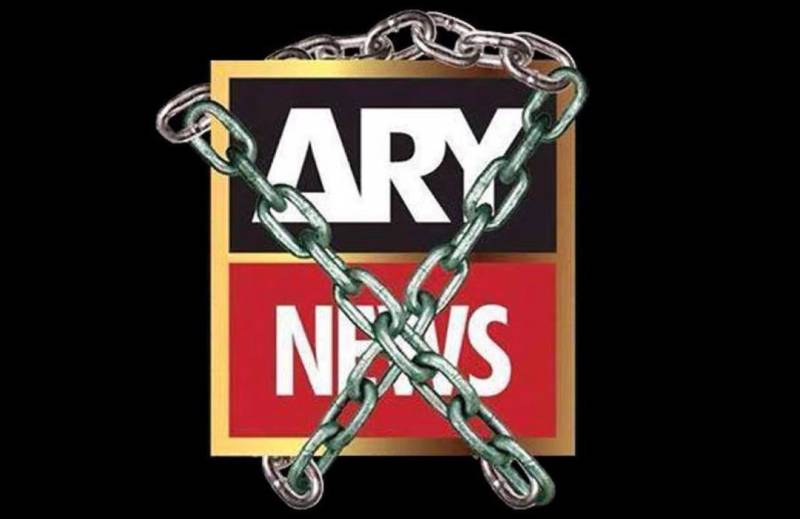 Cable operators were told by the Pakistan Electronic Media Regulatory Authority (PEMRA) to block the transmission of ARY News “till further notice.”

It was reported that a formal show cause notice has also been served to the broadcaster, accusing it of airing false, hateful, and seditious content.

The media watchdog maintained that airing such hate speech on news channels shows either a weak editorial in the content or the licensee is intentionally indulged in providing its platform to such individuals who intend to spread malice and hatred against the state institution for their vested interest.

The officials of the private news channel told a foreign news service that it had been blocked as the channel aired a segment considered critical of the incumbent government.

Meanwhile, ARY founder and CEO Salman Iqbal, said the news channel gets shut down just because we reported a ‘true story’.

It is really strange, we reported a story in July which we proved today for being totally accurate . Just cause we reported a true story #ARYNews gets shut down . @reportpemra #FreedomOfSpeech

The channel is known for being partial to Imran Khan’s opposition Pakistan Tehreek-e-Insaf (PTI) party, with criticism of the Sharif government.

Earlier today, PTI leader Shahbaz Gill was arrested in Islamabad for alleged sedition. PTI leaders however claimed that Gill was kidnapped from near Bani Gala Chowk in the federal capital by unidentified individuals in unmarked vehicles.

ISLAMABAD – The federal government has formed a six-member committee comprising members from the Intelligence ...