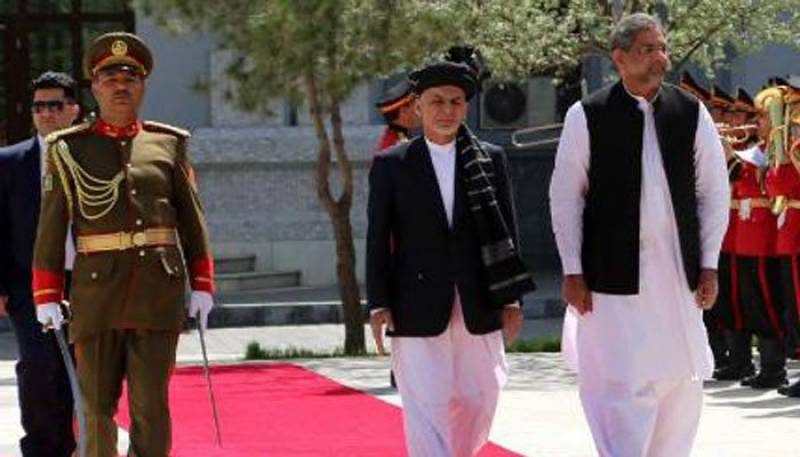 According to a statement issued by the Foreign Office on Sunday, the two countries gave a consent to seven key principles to operationalise the working groups during Prime Minister Shahid Khaqan Abbasi's recent visit to Kabul, where he met with Afghan President Ashraf Ghani, Chief Executive Abdullah Abdullah, and other senior political leaders.

"Pakistan will support the Afghan-led, Afghan-owned peace and reconciliation [process] and the two countries will undertake effective actions against fugitives and the irreconcilable elements posing security threats to either of the two countries," said the statement.

The Foreign Office detailed that Islamabad and Kabul committed to denying use of their respective territory by any country, network, group or individuals for anti-state activities against each other.

Moreover, both Pakistan and Afghanistan will furnish a joint supervision, coordination and confirmation mechanism through Liaison Officers (LOs) for the realisation of the agreed actions.

"The two countries also committed to avoiding territorial and aerial violations of each other's territory," it read further.

Let it be known that Prime Minister Shahid Khaqan Abbasi visited Kabul on Friday where he met senior Afghan officials including President Ghani.

The two leaders reaffirmed their commitment to regional connectivity as they had done in Herat on 23rd February 2018 while jointly inaugurating the entry of TAPI Gas Pipeline from Turkmenistan into Afghanistan.

They agreed to hold an early meeting of the Joint Economic Commission to take forward planning and implementation of key railroad gas pipeline and energy projects that would integrate Pakistan and Afghanistan with Central Asia.

Both high ups also reaffirmed their resolve to build trust and confidence between the two countries by working closely for peace, prosperity and stability in their countries.