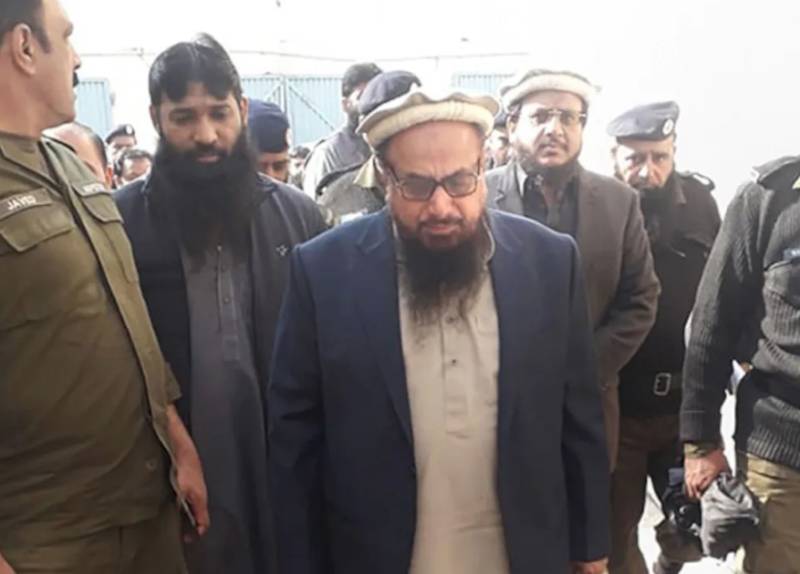 ISLAMABAD – An anti-terrorism court (ATC) on Friday sentenced the chief of the banned Jamaatud Dawa, Hafiz Muhammad Saeed, to 32 years in prison.

Verdicts in two cases against Saeed, a former professor at the University of Engineering and Technology (UET) in Lahore, were announced by Judge Ejaz Ahmad Bhuttar who handed down 32-year jail term to Saeed in two cases registered against him by the Counter-Terrorism Department.

The local media reported that Saeed would also have to pay a fine of Rs340,000. During the court proceedings, the ATC judge remarked that the JuD chief and his accomplices were trustees of the banned organisation known as Al-Dawa Wal Irshad.

Saeed and JUD members acquired land in Mian Channu for Lashkar-e-Taiba's sub-organisation. The court also convicted a man identified as Ghulam Hassan for providing land to the banned organisation.

Pakistani authorities first announced a crackdown on JUD in 2019. CTD lodged more than two dozen cases against Saeed and his 12 aides for using five trusts to collect funds and donations for the banned outfit.

Later in November 2020, a Special Anti-Terrorism Court sentenced Saeed to three and a half years in prison on three charges. Saeed’s two accomplices Zafar Iqbal and Yahya Mujahid were also convicted for raising funds for the banned organisation.

LAHORE – Four men, who were involved in the Johar Town blast in June last year that claimed the lives of three ...

Meanwhile, the JUD chief and other leaders of his organisation dismissed the allegations against them as baseless and claimed that cases were made under international pressure.