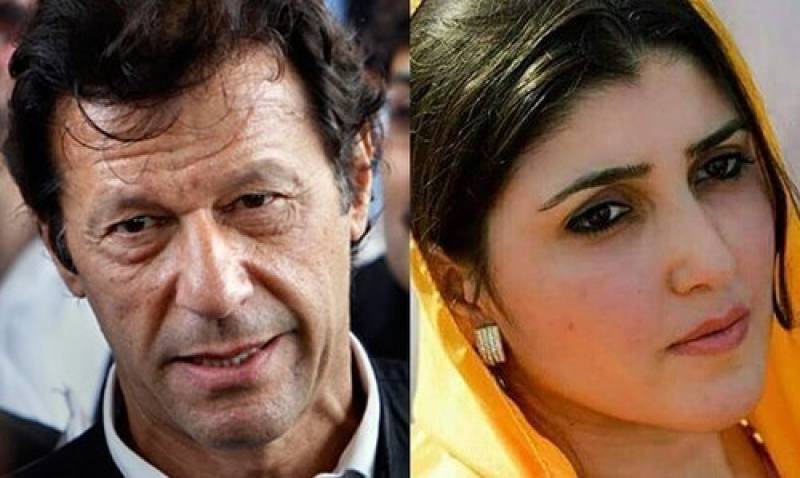 ISLAMABAD - In a rather dramatic move, Ayesha Gulalai's father has challenged Imran Khan to play a game of Russian Roulette with him to 'test bravery'.

Speaking on a TV show alongside with his daughter, Shams-ul-Qayyum said he would not be intimidated by the alleged threats of PTI and Imran Khan, and offered to play Russian Roulette with him to ascertain his bravery.

Russian Roulette is a lethal game of chance in which a player places a single round in a revolver, spins the cylinder, places the muzzle against their head, and pulls the trigger.

The former PTI member addressed a session of the National Assembly on Monday and said she would not resign from her seat in the assembly, amid ruckus created from PTI benches.

Gulalai, addressing the assembly after taking permission from the deputy speaker, said that she was elected on merit and would continue her duties as a lawmaker.

“Imran is not a deity that he cannot be criticised; character is important,” said Gulalai over noise created by PTI lawmakers.

She further said that allegations were hurled at her family and she received death and acid attack threats.