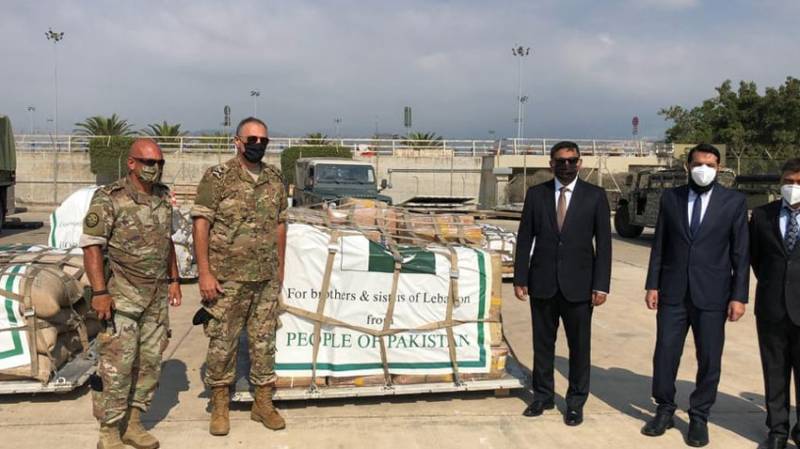 According to a statement by Foreign Office Spokesperson, the relief assistance was sent as an expression of Pakistan's solidarity with the Lebanese people, and to help alleviate the sufferings of those affected by the massive explosions in Beirut on 4 August 2020.

Ambassador of Pakistan to Lebanon Najeeb Durrani handed over the assistance at the Rafic Hariri International Airport.

The relief goods were received by senior officials of the Lebanon's Ministry of Foreign Affairs and Emigrants and the Lebanese Armed Forces.