Terror threat: China urges its citizens in Pakistan to beef up security 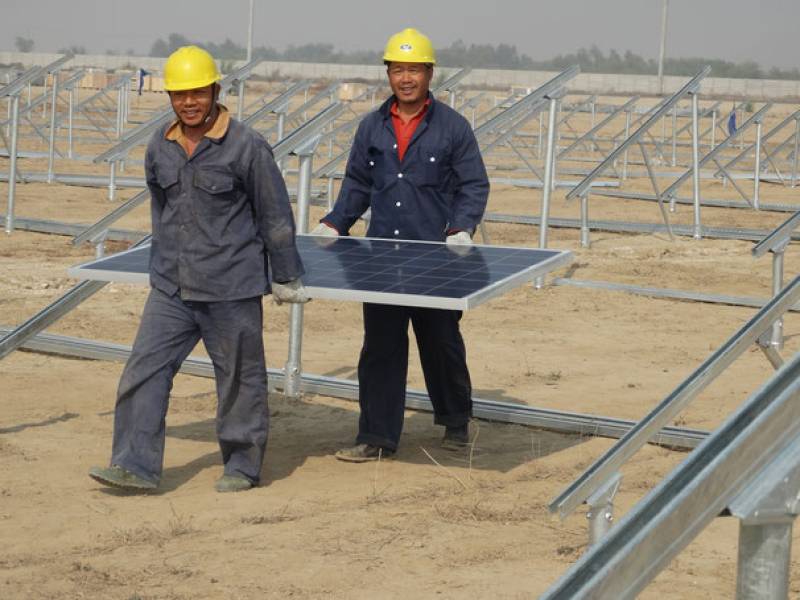 BEIJING - Pakistan's closest neighbour China has warned its nationals currently in Pakistan of threats regarding a series of imminent 'terrorist attacks' on Chinese targets in the country.
'It is understood that terrorists plan in the near term to launch a series of attacks against Chinese organisations and personnel in Pakistan,' the Chinese embassy in Pakistan said in a statement on its website.

The embassy also warned all Chinese-invested organisations and Chinese citizens to 'increase security awareness, strengthen internal precautions, reduce trips outside as much as possible, and avoid crowded public spaces'.

The embassy also asked Chinese nationals to cooperate with police and the military, and to alert the embassy in the event of an emergency.

The advisory was issued as thousands of Chinese are working in the country as part of its $57 billion investment in the China Pakistan Economic Corridor (CPEC), which aims to link China with the Middle East and Europe.

Earlier, two Chinese nationals, who were abducted from Balochistan in May were confirmed dead by the Foreign Office.

ISLAMABAD - The two Chinese nationals, who were abducted from Balochistan in May 2017, have died, the Foreign Office ...

According to a statement issued by the FO, the Chinese couple Lee Zing Yang, 24, and Meng Li Si, 26, had been killed in June ─ a month after they were kidnapped from the Jinnah Town area of Quetta on May 24.

Later, the Islamic State of Syria and Levant (ISIL) claimed that it had killed the abductees, who had reportedly been ‘preaching’ in Balochistan under the garb of learning Urdu.