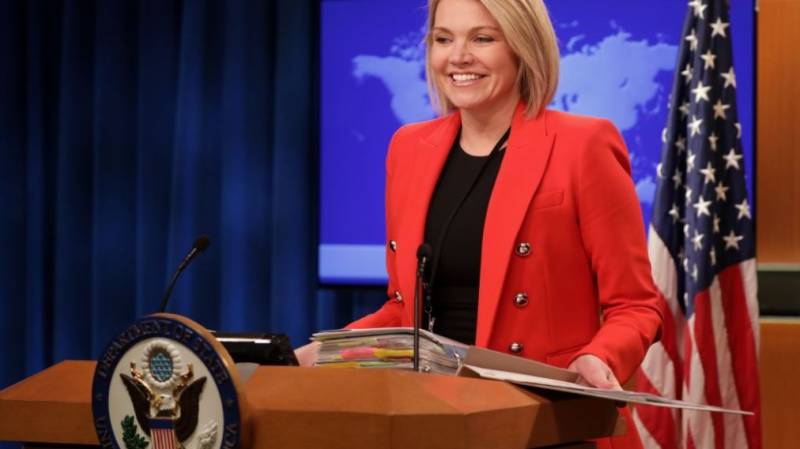 WASHINGTON - US President Donald Trump on Friday nominated State Department spokeswoman and former Fox News anchor Heather Nauert as his next ambassador to the United Nations -- a swift elevation for a supporter who had no diplomatic experience until last year.

Nauert, who has shown poise in front of the cameras and mostly avoided gaffes, will succeed Nikki Haley, a former South Carolina governor seen as entertaining ambitions for higher political office.

Trump said he was impressed by the 48-year-old Nauert, a former anchor of "Fox and Friends," one of the television-loving president's favourite shows.

"She's very talented, very smart, very quick, and I think she's going to be respected by all," Trump told reporters.

Thank you, Mr. President, for your confidence in me. I am humbled by your intent to nominate me as @USUN Ambassador and, if confirmed, look forward to continuing the outstanding job Amb. Haley has done representing your Administration and the American people. https://t.co/EnueFFPoFR

Nauert said on Twitter she was "humbled" by Trump's confidence in her and looked forward "to continuing the outstanding job Amb.

Nauert, who had been rumored as the top pick for the job since Haley's resignation, become the spokeswoman of the State Department after Trump's election despite no previous background in foreign affairs.

Representative Eliot Engel, the incoming Democratic chairman of the House Foreign  Affairs Committee, said he was "uneasy" about Nauert's lack of experience, as the UN job "requires face-to-face negotiations with important allies and hardened adversaries."

But the Senate, which alone needs to confirm Nauert, is still under the control of Trump's Republican Party.