Pakistan will have no future if it lives in religious superstition, says Prof Noam Chomsky 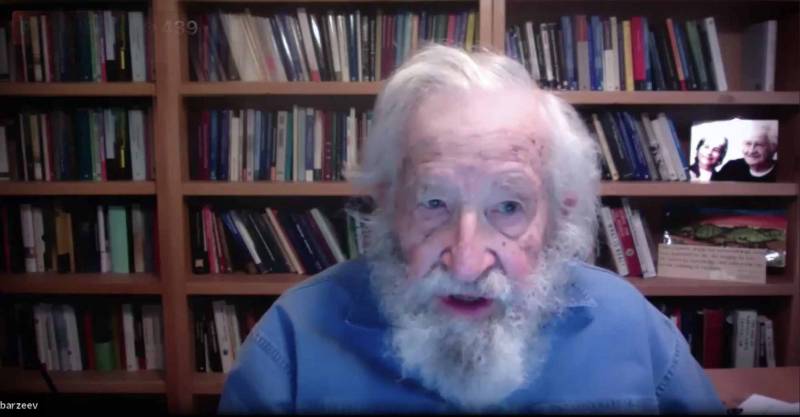 The lecture titled "Bullet Dodged or Merely Delayed: Reflections on the Future of Democracy, Nuclear Proliferation and the Looming Environmental Catastrophe in a Post-Trumpian World," he spoke of the ongoing coronavirus pandemic, saying the world would come out of it at a very terrible cost.

Pakistan used to have an advanced scientific establishment. The country had Noble Prize laureates but for now, science has virtually disappeared. Pakistan has no future if it’s going to live in a world of religious superstition, he said.

The 92-year-old American linguist also lambasted at the BJP rule under Prime Minister Narendra Modi as its destroying the remnants of secular democracy, crushing Muslim rights and placing Kashmir under a vicious brutal rule.

He warned the world with four severe crises. The first, of course, is the threat of nuclear war. Second, according to him is the threat of environmental catastrophe, which he described as severe and increasing, and will likely reach an irreversible tipping point if not dealt with soon.

Chomsky said the third major crisis is the deterioration of global democracy, and the ongoing coronavirus pandemic as the fourth major crisis.

Chomsky also discussed the U.S election and termed it as an 'absolute disaster.' He said the signs suggest that President Trump will never concede he lost the election.

He also discussed about the Iran attack, saying Trump before leaving the office might take a step, including attacking Iran. However, he added, Iran in retaliation might target oil fields in Saudi Arabia, which would have a global impact.