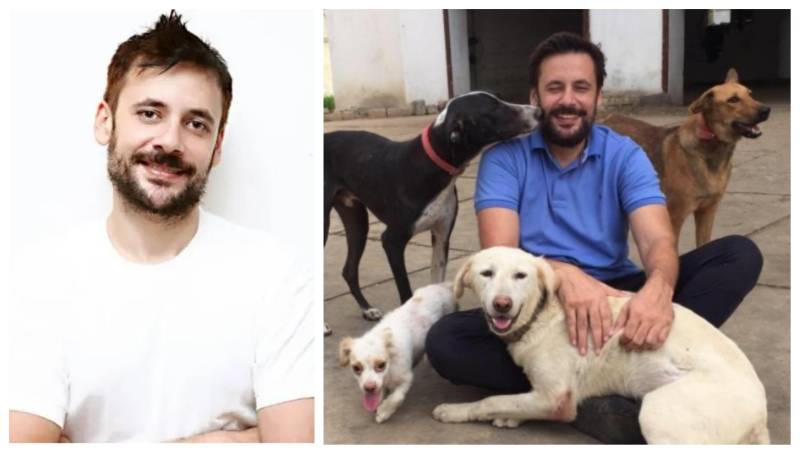 There has been a surge in the number of animal cruelty cases in Pakistan over the years, causing owner's sufferings and increasing hostility against the animals in the society.

In the first video, the actor cried holding one of his dogs alleging that it was poisoned by the government officials, "She didn't say anything to anyone; she would only go to humans to love them. And she was killed by humans for wanting to love humans. Look at her mouth, you can tell she was poisoned to death," he says.

He questions the inhumane behaviour in dismay,"The pain she must've gone through, what did she do to deserve this?She just came to eat and a human betrayed her. Her mouth is bubbling, so she must've died is extreme pain! It means her stomach must've burned!"

Further, he curses the culprit responsible for the killing of the innocent animal. Sharif shares another video which he captions saying, "Great job #SindhGovernment. This is the task you’re best at. Dog culling is probably the only thing that’s done efficiently by the governing departments of Pakistan.#animalrights #pakistantoday #lastofhumanity #shameless"

Unfortunately, Pakistan is one of the few countries around with obsolete animal laws. Inflicting pain on animals is an utter monstrosity.

The brutal killing of a pet dog named ‘Chuck’ in DHA Lahore has gotten all the animal lovers shocked and ...