Iran calls on Pakistan for closer cooperation against US 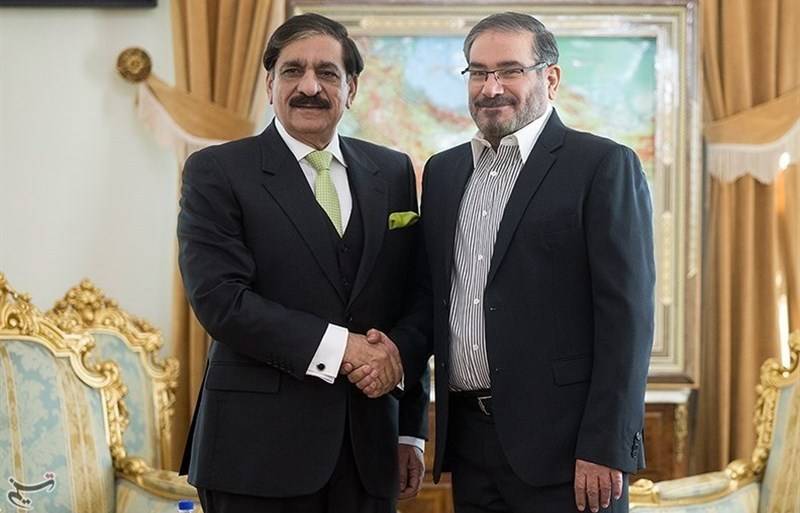 TEHRAN - US President Donald Trump's threatening policy has opened ways for closer ties between Pakistan and Iran as both countries emphasised on vigilance in tackling with the foreign ploys, creating unrest in Muslim countries.

Slamming US National Security Strategy, Shamkhani urged Pakistan for strengthening cooperation against the US in order to counter his  “devious and divisive” policies.

The Iranian official called for beefing up the security along the Pak-Iran joint border and joint action in order to prevent smuggling of narcotics, humans and arms, besides action against terror outfits.

In response, Janjua said that Pakistan was ready to boost security and economic cooperation with the neighbouring country.

TEHRAN - Chief of Army Staff General Qamar Javed Bajwa has said the unity among Muslim countries is a necessity to ...

Bajwa has said the unity among Muslim countries is a necessity to restore peace and security in the present conditions.

Referring to religious, historical, and cultural commonalities of two neighbours, the general said Pakistan views Iran as a great country with ancient civilisation and the Pakistani people attach importance to Iranians.

Saying that fighting terrorism and restoring security in the border with Iran is a priority for Pakistan, he expressed hope that bilateral economic and commercial ties be expanded through establishing peace and security in the Iran-Pakistan borders.