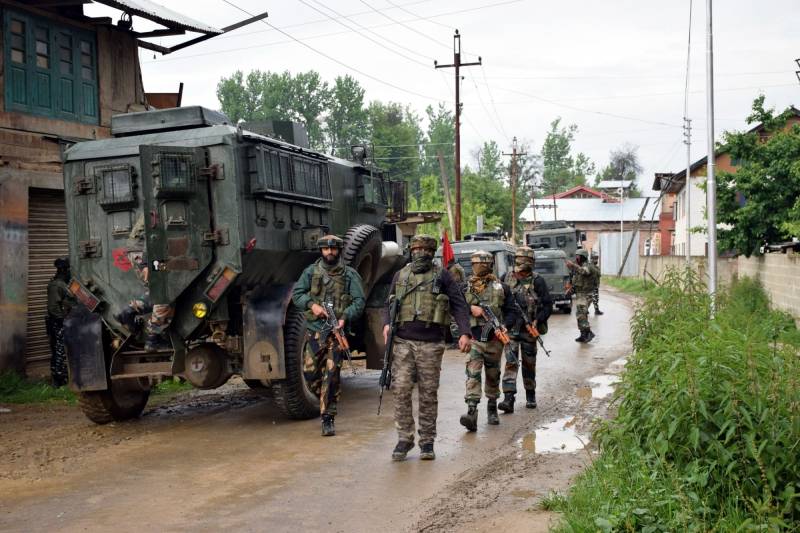 The youth were killed during a cordon and search operation, launched by the personnel of Indian army, paramilitary Central Reserve Police Force and Indian Police in Damhal Hanjipora area of the district.

Yesterday, massive demonstrations erupted in the held valley after Indian troops launched a cordon and search operation in Mitrigam area of Pulwama district, Kashmir Media Service reported. That forced locals to take it to the streets and held forceful demonstrations in the area.

After using used brute force to disperse the demonstrators, the Indian troops arrested two youth during the clashes.