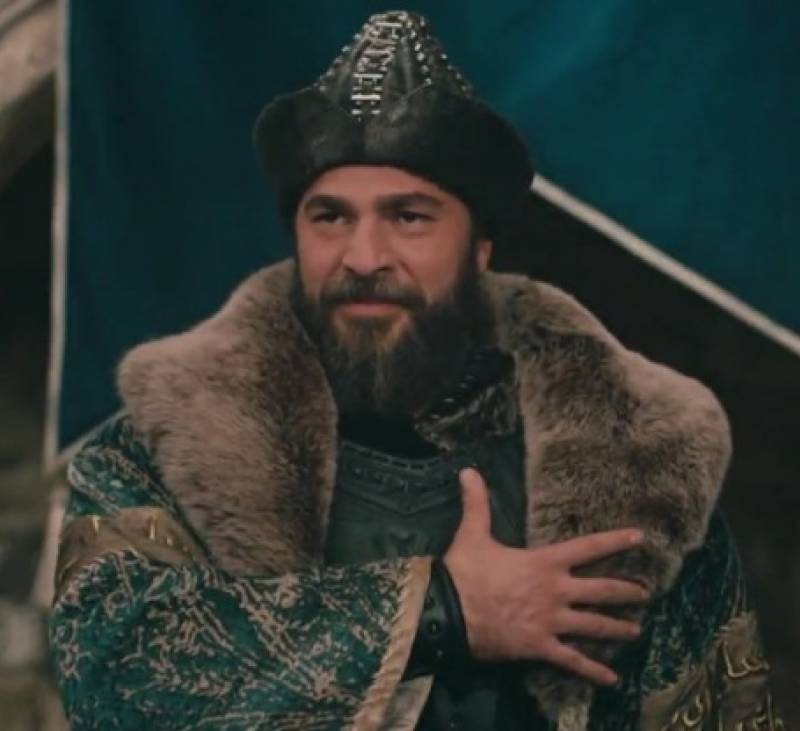 ISLAMABAD – The lead star of Turkish historical drama Diriliş: Ertuğrul, has extended a special message to Pakistani fans on this Eid-ul-Fitr.

Engin Altan Düzyatan, who plays the lead character Ertuğrul in the TV serial, recently posted a video message in which he wished all Pakistanis Eid Mubarak, in English and Urdu.

“Aap sab ko meri saraf Say Eid Mubarak, (Eid Mubarak to everyone from me ),” he said in the video shared by Pakistan Television (PTV).

The 40-years-old actor also thanked all the fans in the South Asian country for their love and support saying: “I cannot thank you enough for all the unimaginable love and incredible response you are giving to Ertugrul Ghazi Urdu.”

The Turkish-made series has earned praise for its focus on historical figures from the Muslim world who have been framed as role models for Pakistani youths, and the Urdu-language version of the show has racked up more than 240 million views on YouTube alone.