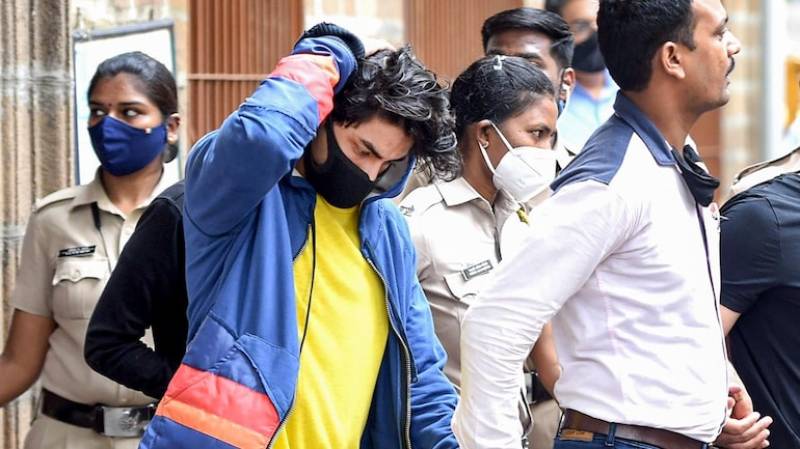 A special court in Mumbai hearing the bail application of Indian actor Shah Rukh Khan’s son Aryan Khan has reserved its verdict and will announce it on October 20, according to the Indian media.

Twenty-three-year-old Aryan will stay in jail till the next hearing. He and two others were arrested on October 3 on a cruise ship near Mumbai after they were accused of consuming and possessing drugs at a rave.

The court began hearing his bail plea on Wednesday and continued the hearing on Thursday because the lawyer from the Narcotics Control Bureau was not able to complete his arguments. Another court had rejected his bail plea on October 8.

The verdict has now been reserved till October 20, which means Aryan has been sent to jail. He was previously being kept in a special isolation ward but has tested negative for Covid-19 and has now been moved with other inmates.

Thirteen grams of cocaine, five grams of MD, 21 grams of charas and 22 pills of MDMA, and 133,000 INR were seized during the raid. However, Aryan was not in possession of any of the drugs. The NCB argued that was immaterial and said he was a “regular consumer of drugs” according to his WhatsApp conversations.

"Innocent until proven guilty doesn't apply in the cases of NDPS offences. In the NDPS Act, the presumption is of culpable a mental state, and it is for the accused to prove that he was not in possession during the trial," the NCB lawyer said.

Aryan’s lawyer argued that the WhatsApp conversations must be contextualised and said he was overseas for a while where forms of drug use are legal.