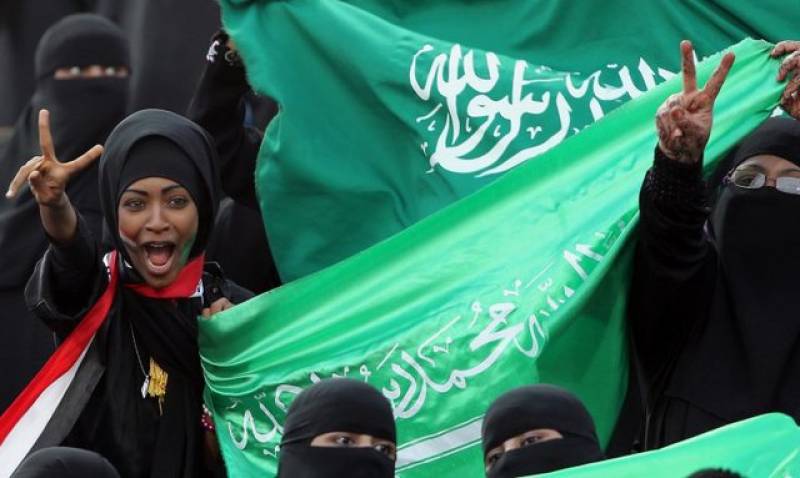 RIYADH - For the first time in the history of Saudi Arabia, the Islamic kingdom has allowed women to attend football matches as part of the latest reforms to hit Gulf nation.

The ministry of information confirmed on Monday that women can attend the Al-Ahli versus Al-Batin held in the capital Riyadh on 12 January, with the stadium also permitting women at other games in Jeddah on 13 January and Dammam on 18 January.

JEDDAH - History will be made in Saudi Arabia on Saturday with the launch of the first official basketball tournament ...

Under the current laws in the ultraconservative kingdom, women have been unable to attend any sporting occasion and must also get the permission of a male family member – usually a husband, brother or father – if they want to travel or study or take part in a range of other activities.

Women, who have recently only just been allowed into the national stadium for the very first time in August, were also permitted to attend a concert in the Red Sea city of Jeddah.

The Biggest event in Saudi Arabia created a frenzy.  BBC.com American Rapper and artist Nelly performed in an all men ...

The move to allow women into football games is one of a number proposed changes in Saudi Arabia by Crown Prince Mohammed bin Salman as part of the country's Vision 2030 reform programme.

Vision 2030 aims to expand previously restricted social policies, as well as diversify the economy away from oil by opening itself up to tourism and entertainment.

Women in the Gulf state will be permitted to hold driving licences in Saudi Arabia from June 2018.

RIYADH, SAUDI ARABIA - For the first time in 35 years, Saudi Arabia will be opening cinema houses to the public. ...

In December, the country also lifted a 35 year ban on commercial cinemas, adding it hopes to build more than 300 cinemas containing 2000 screens by 2030.