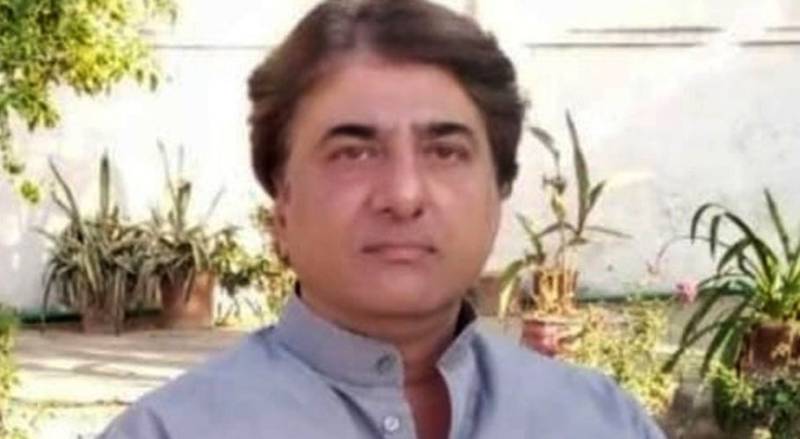 Reports quoting rescue officials said Khan was attacked by unidentified assailants when he was attending a funeral of his supporter, Iqbal Hussain, in Sheen Bagh, Attock.

Later, the former MPA was rushed to District Headquarters (DHQ) Hospital Attock from where he was referred to Rawalpindi in a Rescue-1122 ambulance but he succumbed to his injuries on the way to Rawalpindi medical facility.

District Emergency Officer while commenting on the matter said “We were near DHQ hospital Rawalpindi when Mr. Shahan breathed his last" while a close aide of ex PPP lawmaker, said the bullet injury on the head and massive bleeding from his wound led to his death.

Police sources told media that Khan was shot dead by a 19-year-old assailant and the reason behind the killing was a dispute over property.

Meanwhile, PPP co-chairman Asif Ali Zardari expressed sorrow over the death of former MPA Malik Shahan Hakmeen Khan. The party leadership is upset over the martyrdom of Malik Shahan and assassins will not be pardoned at any cost, the statement added.

PPP Chairman Bilawal Bhutto also shared a tweet. "I am deeply saddened and shocked to hear about the murder of Shahan Hakmeen. An upright and dedicated PPP comrade, like his father, late Malik Hakmeen. Justice needs to be done", the caption reads.

I am deeply saddened and shocked to hear about the murder of Shahan Hakmeen. An upright and dedicated PPP comrade, like his father, late Malik Hakmeen. Justice needs to be done. pic.twitter.com/eZW1VW3KuU

Khan was elected MPA in the 2008 general elections on a PPP ticket from PP-15 Attock-I. He remained a member of the committee on privileges and standing committee on mines and minerals.

Shahan Khan was born on April 26, 1971. He obtained his early education from Aitchison College and then from GCU, Lahore, and obtained a BSBA degree in 1996 from Washington DC.

Reports suggest that his funeral would be held in his native village Sheebagh today. The deceased left behind a widow and two children. Soon after his body arrived at his native house, a large number of supporters, admirers, party workers, and leaders flocked to share their sympathies with the grieved family.