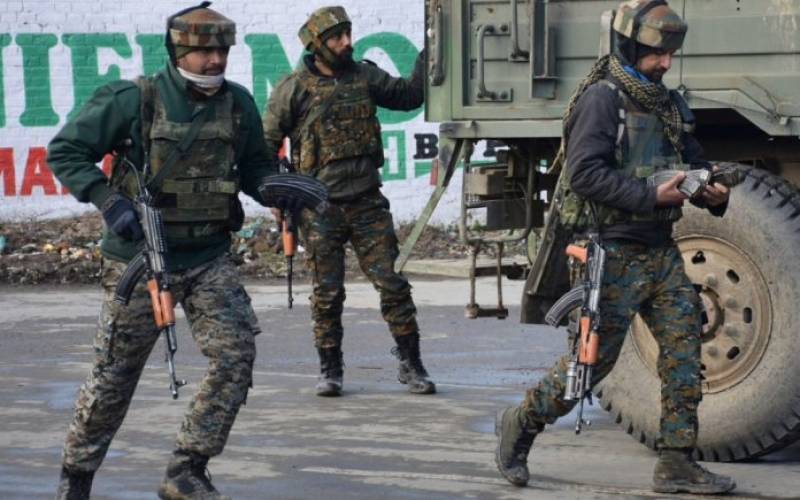 Indian troops in their fresh acts of state terrorism martyred four more Kashmiri youth in two districts of the occupied Jammu and Kashmir on Thursday.

According to KMS, Indian troops martyred two youth each in Pulwama and Kulgam districts during cordon and search operations.

The authorities have also suspended internet services in these areas.

Complete shutdown in Indian occupied Kashmir as it has been five years since the heroic freedom fighter from Kashmir, Burhan Muzaffar Wani, was martyred.

Wani, a cricket-loving boy, defeated the fictitious Indian narrative about Kashmiris’ indigenous freedom struggle, to serve as a beacon of hope for the enthusiastic youth brimming for independence and was remembered on both sides of the Line of Control (LoC) for his struggle against the oppression.

July 08 has been observed as Resistance Day to pay tribute to martyrs besides reiterating commitment for continuing freedom struggle and reminding the world of its promises made to Kashmiris.

SRINAGAR – Complete shutdown in Indian occupied Kashmir as it has been five years since the heroic freedom ...