Indian troops martyred Wani in a staged encounter on July 8, 2016 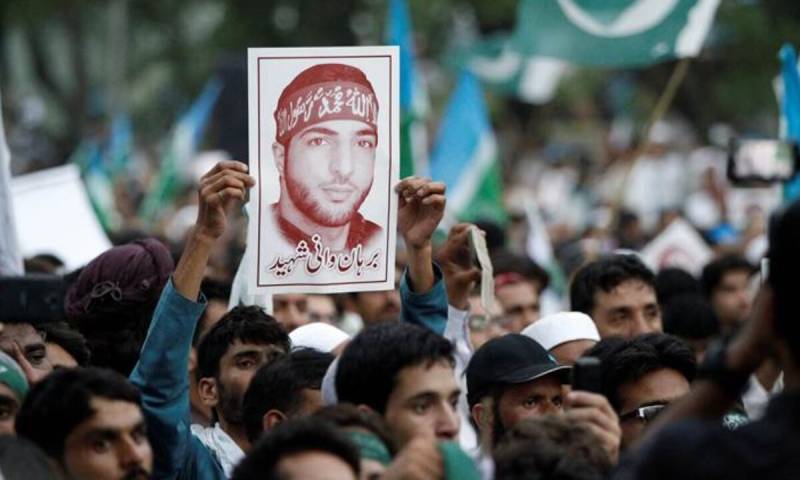 SRINAGAR – Complete shutdown in Indian occupied Kashmir as it has been five years since the heroic freedom fighter from Kashmir, Burhan Muzaffar Wani, was martyred.

Wani, a cricket-loving boy, defeated the fictitious Indian narrative about Kashmiris’ indigenous freedom struggle, to serve as a beacon of hope for the enthusiastic youth brimming for independence and was remembered on both sides of the Line of Control (LoC) for his struggle against the oppression.

July 08 has been observed as Resistance Day to pay tribute to martyrs besides reiterating commitment for continuing freedom struggle and reminding the world of its promises made to Kashmiris.

Political, religious, and social organizations have arranged a number of programs to pay homage to the hero Kashmiri freedom fighter who embraced martyrdom in the struggle for freedom of his motherland while the oppression in the cages valley continued as the entire region has been turned into a cantonment.

Azad Jammu and Kashmir President Masood Khan on this day urged Kashmiris to pay homage to martyrs of freedom struggle in a befitting manner. He also called on the United Nations to stop the state terrorism unleashed by occupying forces in the Indian illegally occupied Jammu and Kashmir.

According to Kashmir Media Service, In Indian Illegally Occupied Jammu and Kashmir, Hurriyat leaders and organizations have paid glowing tributes to the prominent youth leader, Burhan Muzaffar Wani, and his associates who were martyred by Indian armed forces in the Kookernag area of Islamabad on July 8, 2016. 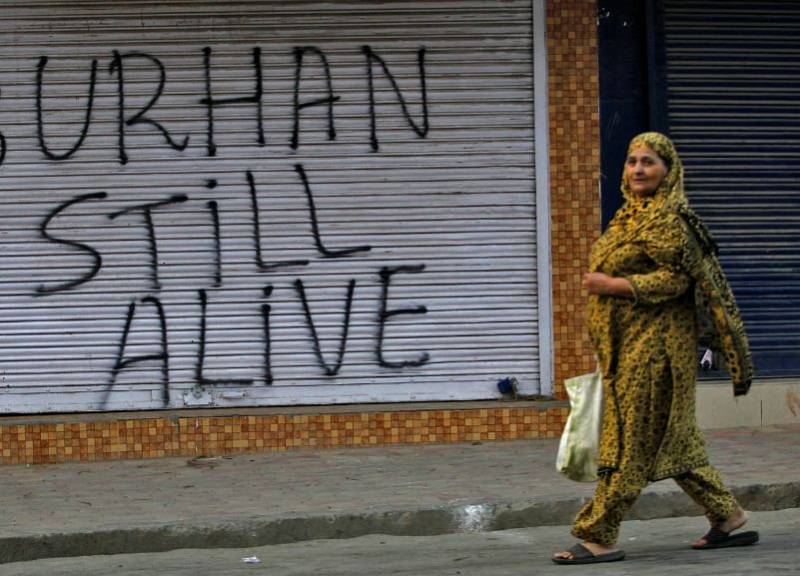 Hurriyat leader, Ghulam Muhammad Khan Sopori in a statement said that the 2016 uprising had encouraged the Kashmiri people regarding the freedom movement and they had further accelerated it. Kashmiris had rendered unprecedented sacrifices from 1931 to 2021, adding that their sacrifices will not be wasted and would bring positive results, he added.

Jammu and Kashmir Muslim Conference Chairman Shabbir Ahmad Dar, while paying tribute to Shaheed Burhan Wani on the eve of his 5th martyrdom anniversary, said that the unparalleled sacrifices of the Kashmiri martyrs would not be allowed to go waste and the freedom movement would be taken to its logical conclusion.

“Kashmir is a dispute as the United Nations has constituted several committees on different occasions and passed 18 resolutions to find an acceptable, durable and lasting solution to the dispute”, he added.

Jammu Kashmir Democratic Freedom Party said “Wani would be remembered as an icon of the resistance movement in Kashmir, as he was an institution in himself who gave a new impetus to the liberation struggle. We as a nation owe a debt of gratitude to hundreds and thousands of martyrs who sacrificed their youthful lives for our freedom”, it stated. 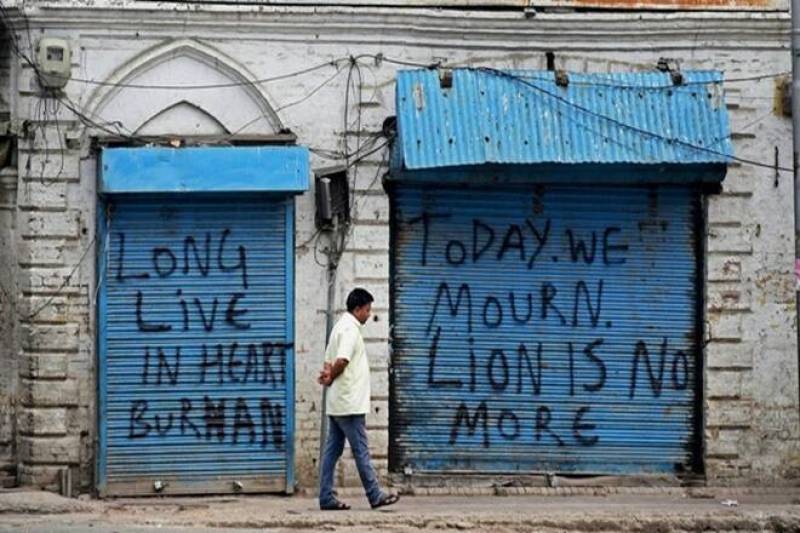 Earlier in 2015, Wani’s brother Khalid was also martyred by Indian troops in their continued act of terrorism. The loss further strengthened Burhan’s resolve to fight the Indian occupation and entice Kashmiri youth through social networking media.

August 5, 2019, unilateral, illegal, and unconstitutional actions of revoking article 370 and 35A was yet another onslaught on Kashmiris basic rights, which depicted Indian obduracy and stubbornness towards the issue.

SRINAGAR – People on both sides of the Line of Control, which divides the disputed Himalayan region of Jammu and ...