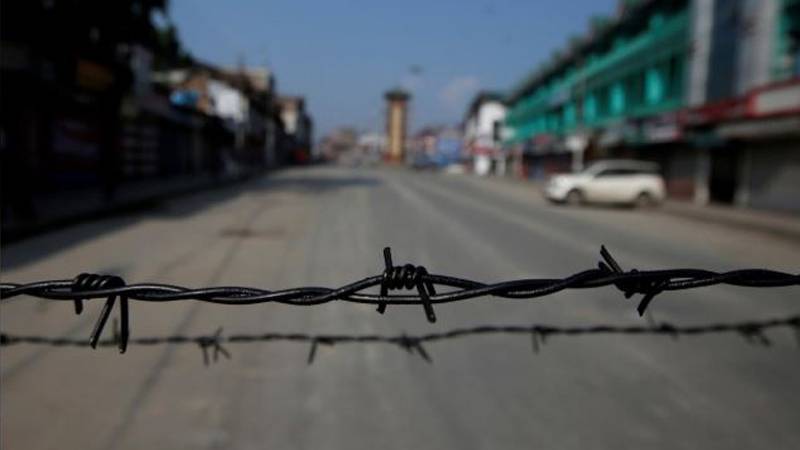 SRINAGAR – People on both sides of the Line of Control, which divides the disputed Himalayan region of Jammu and Kashmir, will observe Martyrs’ Week from tomorrow across the globe.

According to Kashmir Media Service, call for the observance of the week has been given by the All Parties Hurriyat Conference. Special prayer meetings shall be organised tomorrow in IIOJK, Azad Jammu and Kashmir, Pakistan and abroad to pay homage to Kashmiri martyrs.

On Wednesday, protest rallies and processions shall be organised and pro-freedom banners and placards be displayed.

Thursday will be observed as Resistance Day to mark the martyrdom anniversary of popular youth leader, Burhan Wani, and his associates, while historical 13th July shall be observed as Martyrs’ Day in remembrance of 1931 martyrs.

Complete shutdown will be observed in IIOJK on these two days.

Meanwhile, the Peoples’ Alliance for Gupkar Declaration has reiterated its commitment to fight jointly to reverse the unconstitutional and unacceptable measures taken against the people of Jammu and Kashmir on 5th August 2019 by India.

Kashmir, a Muslim-majority Himalayan region, is held by India and Pakistan in parts and claimed by both in full. A small sliver of Kashmir is also held by China.

Also, at the Siachen glacier in northern Kashmir, Indian and Pakistani troops have fought intermittently since 1984. A cease-fire took effect in 2003.

Some Kashmiri groups in Jammu and Kashmir have been fighting Indian rule for independence, or unification with neighbouring Pakistan.

According to several human rights organizations, thousands have reportedly been killed in the conflict since 1989.