Why footballer Hajra Khan was 'terrified' at Hum Style Awards? 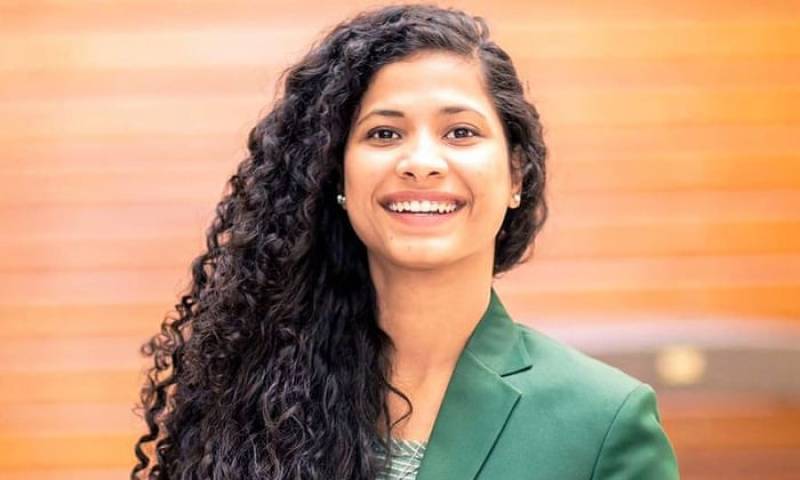 The internet is blazing with opinions regarding the 5th Hum Style Awards. Thrashed for the questionable choices opted at the event, the award show received flak from the majority.

The latest prominent celebrity to jump onto the bandwagon of the HSA 2021 debate is footballer Hajra Khan who was not on board with the idea of having rockstar Ali Zafar hosting the show.

While speaking to Arab News, Khan got candid as she reminisced about the night and said she felt "terrified" because there were too many people there.

"But I feel good that public events are opening up and we can finally go out," she said. She added that this was her second nomination and she was "looking most forward to feeling good" without the pressure of winning. "That was my goal tonight," she said.

Delving into details about her statement, the football champ revealed why she said she was terrified at the show. "Why was I terrified? Because not only was there an alleged sexual harasser at the vicinity, but he was also hosting the show!"

Hajra Khan is a Pakistani footballer who is the captain of the Pakistan women's national football team. She became part of the Pakistan national team in 2009 which she led as a captain from 2014.

Apart from criticizing the choice of hosts, the 39-year-old requested Hum Style Awards authorities to exclude her from the nomination as she did not need 'validation from enablers'.

The talent powerhouse Meesha Shafi on Monday jumped into the Hum Style Awards 2021 debate as she shared her two cents ...