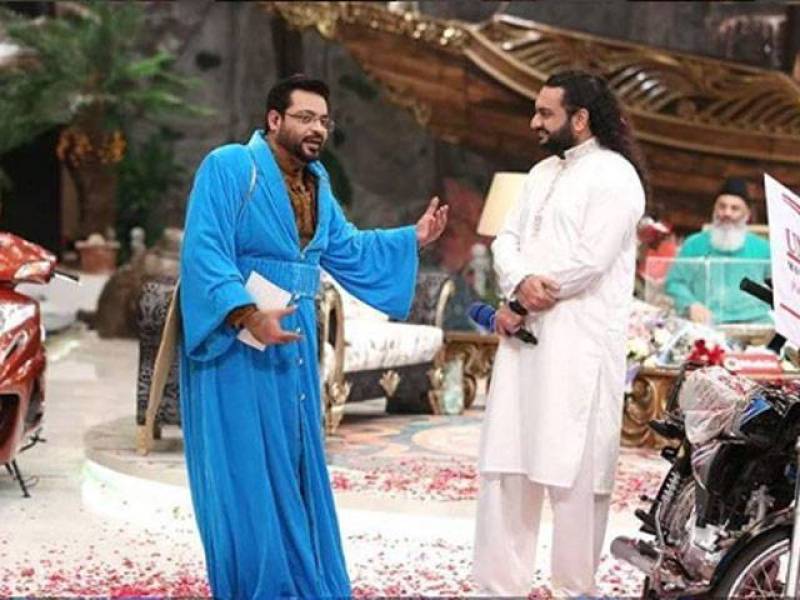 Back in 2013, Liaqat had poked fun of Shah on his show, where the singer appeared to promote his first viral hit 'Eye to eye'.

Taher Shah made another appearance on Amir Liaqat's marathon Ramazan show on Tuesday. But it was Amir Liaqat who stole the show, entering the studio with's Shah's YouTube hit "Angel" playing in background. He also wore a blue robe and wings, much like the costumes Shah had designed for the Angel video.

“Today, I am wearing your beautiful Angel dress," he said to Shah.

However, as Liaqat explained, there was a point to all the pageantry. "I would like to tell the world that it is very easy to make fun of someone, to mock someone, but there are very few people who spread happiness and Taher Shah is one of those who has spread happiness to all of us,” he said.

“He has made Pakistan proud… when his song was released, the whole world didn’t just listen to it, but also appreciated it,” Liaqat added.

Here is a video of Liaqat apparently mocking Shah on his show in 2013.