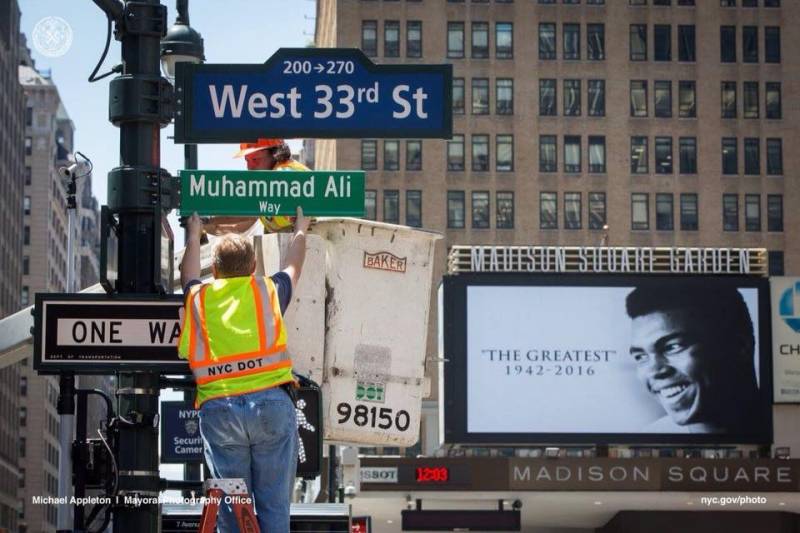 According to details, mayor of New York Bill de Blasio announced the temporary renaming of West 33rd Street next to the MSG arena where Ali fought his greatest fights.

"Today we are paying tribute to the man in the heart of this city," de Blasio said. "He deserves this naming honor and more."

Ali boxed at Madison Square Garden eight times, including in his spectacular 1971 "Fight of the Century" against Joe Frazier.

The street will be renamed permanently once the city council legalizes it.

The city permanently named other streets surrounding Madison Square Garden "Joe Louis Plaza" in 1984 to honor the previous heavyweight champion who lived from 1914 to 1981.