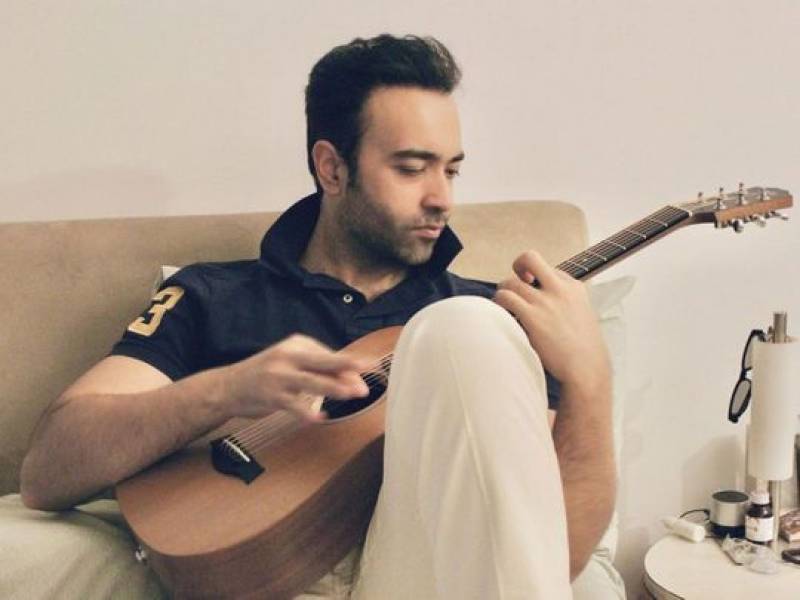 "The magnificent Farhad Humayun left us for the stars this morning. Stoic in the face of challenges, uncompromising in his values, generous to a fault, witty as hell! Fadi was far too ahead of his time, both in spirit and art."

"He would want us to celebrate his life, so we request his family, friends and fans to honour him and say a prayer for him today.", the post concluded.

Spreading like wildfire, celebrities began reacting to the loss as they remembered Farhad's warmth and energetic persona. Many artists took to social media and shared their memories of Farhad. including Ali Zafar, Atif Aslam, HSY, and others.

Good bye old friend. You were an inspiration for so many. Your contribution to music and in people’s lives cannot be defined in a few lines. You were more than a musician and a performer...you were a fighter... destined for greatness and great you were. R.I.P #farhadhumayun pic.twitter.com/RW4hvr5exC

Thank you, Fadi, for giving us great music, good times & for playing on my 1st album. Buddy, I was thrilled abt r collab - I have finished the lyrics as well but I didn’t know we won’t be able to make it happen.#farhadhumayun #RestInPeace #GoneTooSoon

Shook to know about the passing away of #FarhadHumayun. A young, talented life snatched by the cruel hands of fate way too soon. Life is so fragile…May Allah grant him higher place in Jannah . Ameen ???????? pic.twitter.com/evWrlgC4ys

I grew up listening to overload, being inspired, electrified and entranced by it. Farhad humayun was my pakistani musical hero through my teenage years. Sad to hear he passed away and suffered with cancer so. He will always be the king of the drums. Allah maghfirat farmayein. pic.twitter.com/yUSPzxoqE5

With Overload, Humayun achieved not only great fame but also a loyal fan following. His tragic passing has sent shockwaves and a sad realisation to his admirers.