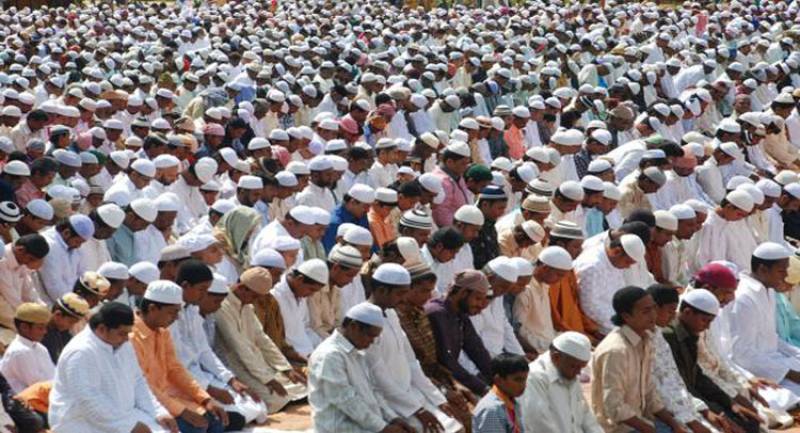 WASHINGTON – Endorsing benefits of Muslim prayer ritual, a recent research has claimed that the complex physical movements of the Muslim prayer ritual can reduce lower back pain and increase the elasticity of joints if performed regularly and properly.

According to the Hindustan Times, the paper was published in the latest issue of the International Journal of Industrial and Systems Engineering.

Five times a day, roughly 1.6 billion Muslims worldwide, bow, kneel, and place their foreheads to the ground in the direction of the holy city of Mecca, Saudi Arabia, as part of the Islamic prayer ritual, the Salat.

The ritual is among the five obligatory elements of the faith set forth by the holy book, the Qur’an.

“One way to think about the movements is that they are similar to those of yoga or physical therapy intervention exercises used to treat low back pain,” said Professor and Systems Science and Industrial Engineering Department Chair Mohammad Khasawneh, who is one of the authors of “An ergonomic study of body motions during Muslim prayer using digital human modelling.”

Working with Khasawneh, an interfaith team of Assistant Professor Faisal Aqlan from the Department of Industrial Engineering at Penn State Behrend, Assistant Professor Abdulaziz Ahmed from the Business Department at the University of Minnesota Crookston, and Performance Improvement Consultant Wen Cao from the Department of Operational Performance Improvement at the Peninsula Regional Medical Center were all co-authors of the paper.

All three are alumni of the Industrial and Systems Engineering doctoral program at Binghamton University.

Khasawneh said that socio-economic, lifestyle and religious factors influenced the physical health, adding that studies indicate that there is a strong association between prayer and vigilance about maintaining a physically healthy lifestyle.

“Prayer can eliminate physical stress and anxiety, while there is also research that indicates prayer rituals can be considered an effective clinical treatment of neuro-musculoskeletal dysfunction.”

Researchers carried out analysis of statistics based on the movements of computer-generated digital human models of healthy Indian, Asian, and American men and women, and models with lower back pain.

The group analysed that the bowing part is the most stressful on the lower back, but for individuals with lower back pain, using proper knee and back angles during the prayer can reduce pain. The angles are based on individual body shapes.

“The maximum compression forces created while moving during is much lower than National Institute for Occupational Safety and Health (NIOSH) safety limits, and the movements can be safely considered a clinical treatment for low back pain, if movements of the human body are done on a regular basis,” Khasawneh said. “Based on the pain level, a combination of back and knee angles can be identified.”

For those with back pain, maintaining exact prayer movements may not be possible. According to Islamic traditions and practices, if individuals cannot stand, they are allowed to pray seated or laying. If they are able to stand, they should follow correct postures as much as they can.

According to the research team, using incorrect angles and movements can increase pain. The team also suggested that further study is required for disabled individuals, those with more extreme body types and women — especially pregnant women — to find the best movements for these groups. The group plans to further validate the findings with physical experiments using sensors and cameras to track the stresses on the parts of human body during the prayer.