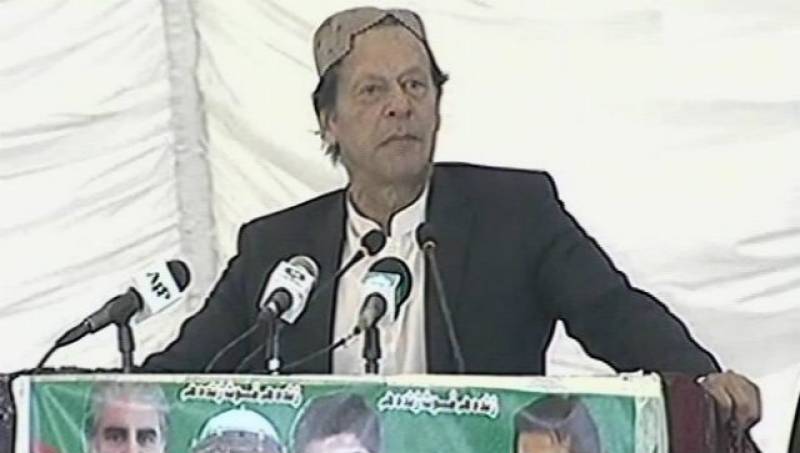 THARPAKAR – Prime Minister Imran Khan Friday announced a massive Health Package for Tharparkar under which Insaf Health Cards will be provided to one hundred and twelve thousand (1,12,000) families of the area of southeastern Sindh province.

Addressing a public gathering in Chachro, the premier said that a medical facility of seven hundred and twenty thousand rupees (Rs 7,20,000/-) will be provided to every deserving in any hospital.

Sharing that the biggest objective of his coming into the power was to ameliorate poverty, PM Imran said he chose Tharparkar for his visit because the area is the most backward in Pakistan and seventy-five percent people of the local people are living below the poverty line.

My biggest goal after winning elections is to alleviate poverty in Pakistan. Today more than 1 lakh 12 thousand households will get the sehat sahulat health cards. Federal govt will provide 100 RO plants in 1 year for water scarcity.#ChahchroWelcomesPMIK #SehatSahulatProgramme pic.twitter.com/tfVy7AP652

The prime minister said while in India, the minorities are being subjected to exploitation and discrimination, the Pakistani government is providing all facilities to the minorities, particularly the Hindus.

Foreign Minister Shah Mahmood Qureshi, on the occasion, said while Pakistan is calling for peace, the Indian Prime Minister Narendra Modi is beating the drums of war and aggression.

Addressing the public gathering, Qureshi said that Pakistan returned the Indian pilot Ahinanadan to India as a goodwill gesture but India sent the dead body of Pakistani national Shakirullah, who was killed in an Indian jail.

The minister said if India extends the hand of peace and friendship, we will cordially accept it but if it thinks of aggression, we will give a befitting response. He added the people of Pakistan know how to defend their motherland.

Today's Pakistan is not that of 1971 but a changed Pakistan led by Prime Minister Imran Khan, Qureshi further said.