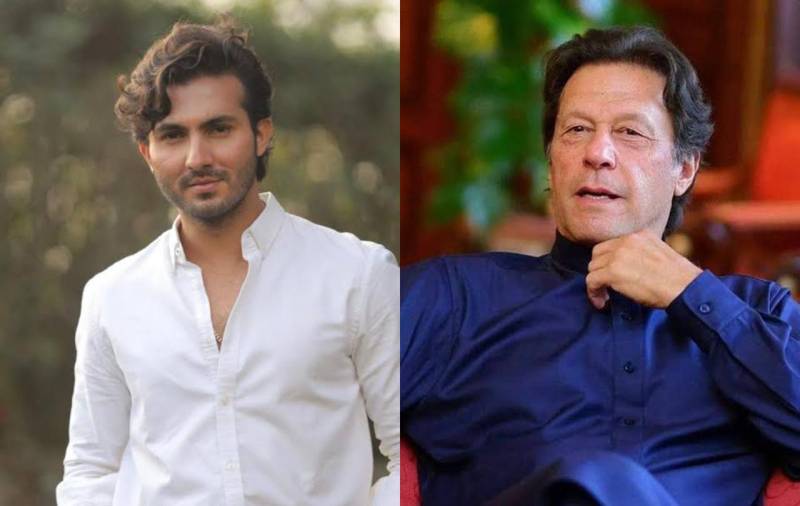 Never one to shy away from confrontation, Shahroz Sabzwari has a special message for Prime Minister Imran Khan as he advocated the addition of the mention 'Khatam an-Nabiyyin ' compulsory for the textbooks.

Turning to Instagram, the 35-year-old star shared a story as he tagged the official accounts of Pakistan Tehreek-e-Insaf (PTI) and Prime Minister Imran Khan.

Venting out his anger, Sabzwari firmly believes that the inadequate information from Punjab textbooks should be fixed immediately.

"Imran Khan, we are definitely your supporters, but this universe is nothing in front of the Holy Prophet.", wrote the Hasad actor.

"Fix Punjab textbooks, and make the mention KHATTAM UN NABI SAWW COMPULSORY. Or else DOOMED will be your fate", he further added.

Earlier, the National Assembly unanimously passed a resolution, making it compulsory to write Khatam an-Nabiyyin or the Last Prophet of God with the name of Holy Prophet (SAW) everywhere in textbooks.

The books of 31 publishers based on material against national heroes and national integrity were banned in Punjab.

On the work front, Shahroz is riding high on the success of his drama serial Nand.

Shahroz Sabzwari’s second marriage with supermodel Sadaf Kanwal became a hot topic in 2020. Despite being accused ...