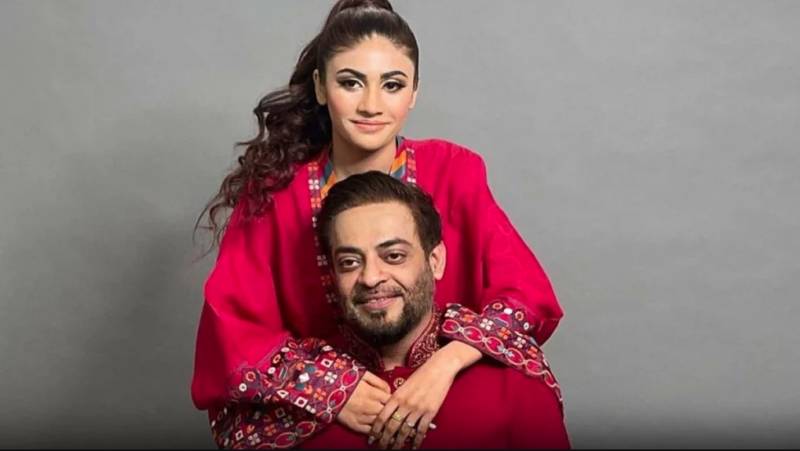 Controversial TV personality and politician Aamir Liaquat Hussain is known for making headlines for all the wrong reasons.

Famous for his turbulent marriages, the 49-year-old has landed in another controversy after his third wife Syeda Dania Shah, 18, approached a court for divorce from the former PTI lawmaker.

Soon after Dania leveled serious allegations against her husband, the morning show host unfollowed her from the photo-sharing platform Instagram.

In a recent post on social media, the Sindh-based politician admired the ‘dignified character’ of his former wives, saying they did not ruin his honour. He mentioned that Bushra and Tooba first removed his name from their names and then sought a divorce later. 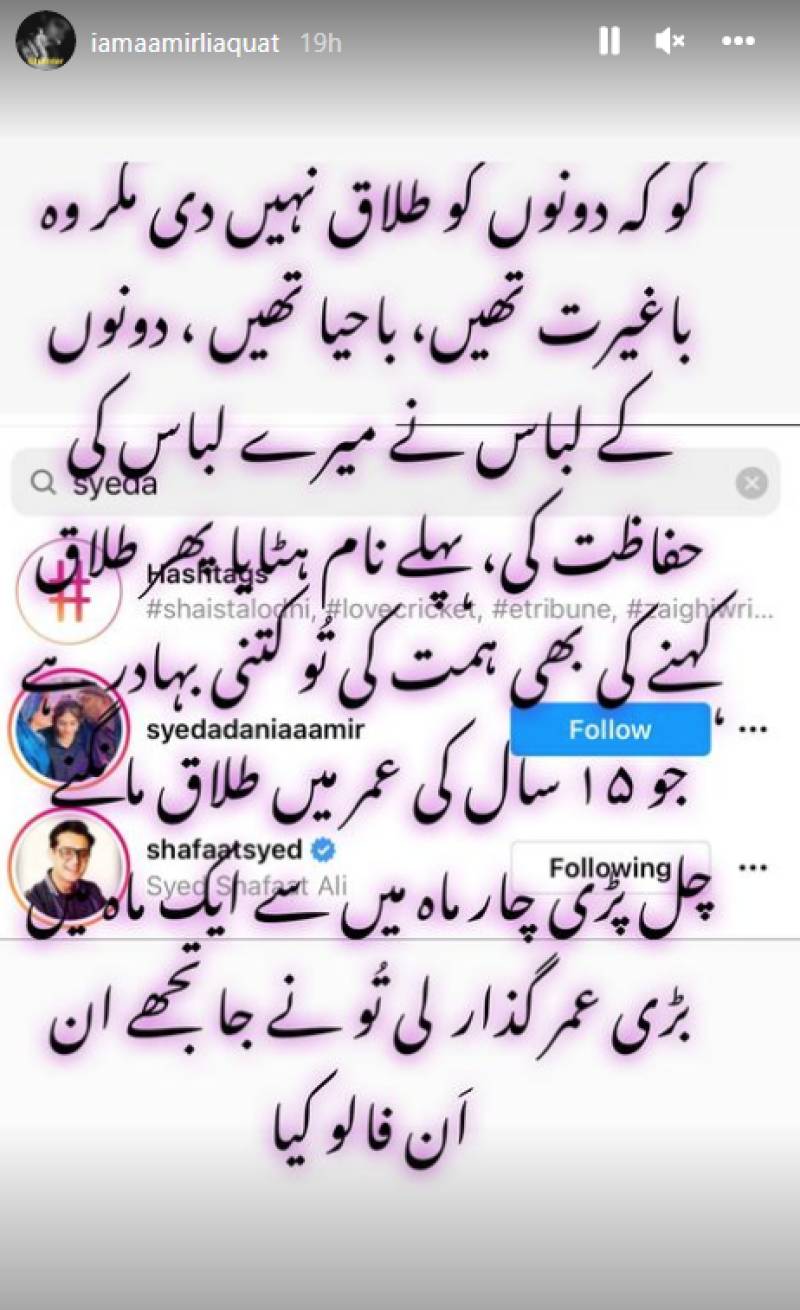 Taking a jibe at Shah, the televangelist called his teenage wife ‘brave’ for taking a divorce at the age of 15 Now I unfollow you, he wrote.

Around three months after the marriage, Shah moved the court to for divorce. The morning show host's teenage wife accused him of physical assault, and for shooting intimate videos.

Shah alleged that the Aalim Online host is addicted to drugs and is a man of bad character. She filed the suit for annulment of marriage and demanded a monthly personal expense of Rs100,000. Furthermore, she has demanded more than Rs100 million as her Haq Mehr (alimony) and other things promised by Aamir Liaquat at the time of their marriage.

In the petition, Dania mentioned that Aamir is not what he looks like. According to her, four months of her marriage were no less than torture. In her khula claim, Dania said that Liaquat shoots intimate videos and is unfit for marriage.

Aamir also responded to Dania’s allegations. “I urge you to give me a test. It will be clear whether I drink alcohol or not. I have never been addicted to ice in my life but now I am just releasing such a horrible fact. Wait, Dania should get medical treatment and then wait for what I am releasing,” he remarked.