MPs elected on reserved seats should be sent to jail for switching loyalties: Imran Khan 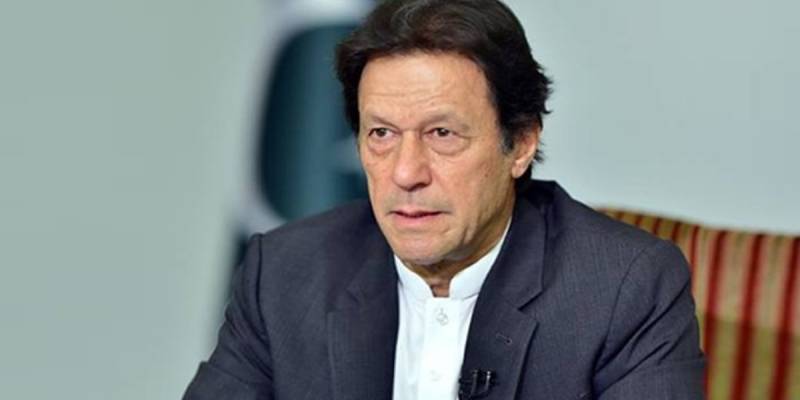 ISLAMABAD –Former prime minister and PTI Chairman Imran Khan Sunday said that lawmakers who were elected on reserved seats should be thrown in jail for switching their loyalties.

Speaking to a gathering of Punjab lawmakers in Islamabad, the PTI chairman said that those parliamentarians who sold their votes should be sent strait to jail.

Imran Khan began his address by paying tribute to the efforts of the lawmakers who fought till the last ball.

He said that the PTI lawmakers had passed a big test, adding that they would be given priority when handing out party tickets. “But if you do nothing, then I will undertake a review,” he said.

He urged the MPAs to go to the people, assuring them that the people would meet them with great respect.

Imran said that he saw the current public momentum increasing in the days to come, urging lawmakers to capitalise on it and prepare their vote bank.

“I went to meet MPA Asia Amjad. She seemed better. She is still unable to speak but she is okay otherwise, thank God,” he said. Even though she was unable to speak when he visited her, she was full of passion, he added.

Amjad was rushed to a private hospital in Lahore last month after her health deteriorated and was treated for a blood clot in her brain. The PTI had claimed that the lawmaker was “tortured” by the police and PML-N “goons” during the chaos that took place at the Punjab Assembly on April 16.

KARACHI – Former Pakistan skipper Shahid Afridi said that it is his right to disagree with the policies of former ...

Addressing the MPAs, Khan said, “All of you went through a test and your performance was excellent — some were outstanding even. You have passed a very big test. And you have attained a special status in the party and in my eyes.”

He hailed the performance of Rawalpindi MPAs. He came down hard on the turncoats. People will remind their children about what they have done, he added.

Imran said that his political opponents and their handlers had thought he would lose steam after staging the rally in Lahore. He said that he never seen before such a rally in the Mianwali on Friday.

He said locals came out in big numbers despite the heat in the city and appreciated that they were well aware of the series of events leading up to his ouster.

Imran Khan said that the country was well aware that a government was ousted through a American conspiracy in connivance with local abettors.

ISLAMABAD – Former prime minister Imran Khan said on Saturday he wanted to bring an "ocean of people" to ...