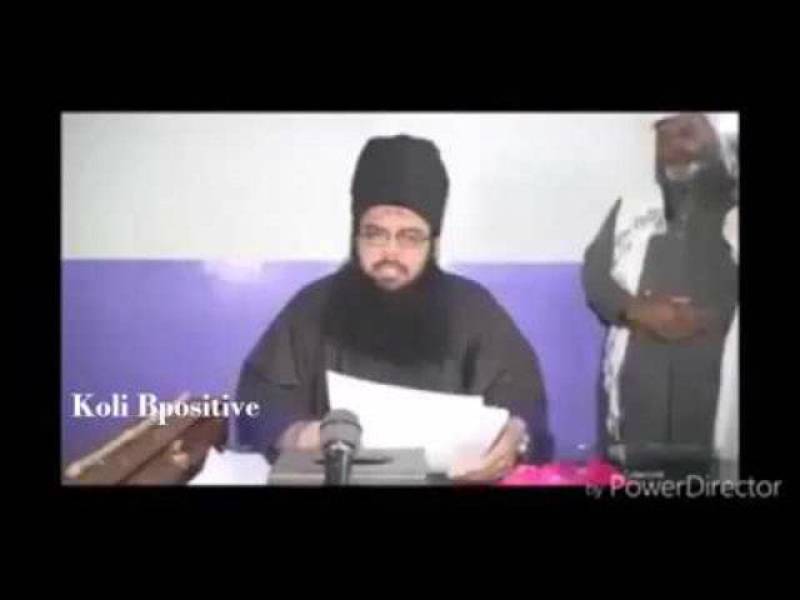 LAHORE - A Pakistani cleric, who publicly proclaimed that he is the ‘11th Imam of Islam’ last week, has been arrested by police in Khanewal district of Punjab on the charges of blasphemy.

In a photo making rounds on the social media, the pir (faith healer) can be seen sitting inside a police van. 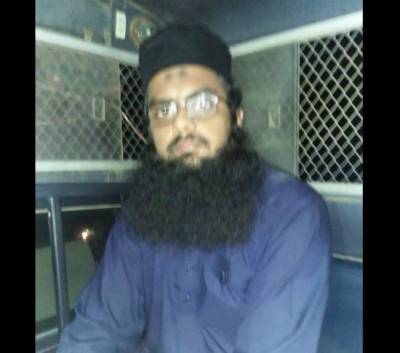 Abdullah Bin Moneeb, who is believed to be a resident of Sahiwal, had declared himself as the ‘11th Rashidun Caliph of Islam’ on Friday, ordering the Muslims around the globe to follow the ‘divine command’.

“I, Imam Abdullah bin Moneeb, with the grace of God and kindness of the last Prophet (PBUH), announce that I’m the 11th Khalifa Rashid of Islam and anyone who opposes me and my followers will be damned,” the cleric said in a press conference in Sadiqabad area.

Using a hadith to claim that the Prophet (PBUH) had predicted about his arrival, he has urged the youth of Pakistan to join him for a global uprising.

Presenting himself as the guardian of Imamate (which will be completed after the arrival of Imam Mahdi), Abudullah repeatedly announced those who will not pledge their allegiance to him will face the Almighty’s wrath.

The ridiculous offer of ‘bayt’ (oath of allegiance) came with a warning to the people. “Do not even try to humiliate or ridicule me, my family and relatives or you will receive divine punishment. I’ll never forgive the person who will insult me,” he declared.

Highlighting the plight of people in Kashmir, Palestine and other Muslim countries, the cleric stressed it is ‘compulsory’ for the COAS Qamar Javed Bajwa and PM Imran Khan to follow him otherwise God’s wrath was inevitable.

A first information report (FIR) registered in this connection quoted the man as saying that his ‘arrival’ had been predicted by saints of the past. Police have started an investigation into the matter, ascertaining if the man had committed blasphemy or was suffering from a mental disorder.

An imam is the head or leader of an imamate and is similar to a caliph or khalifah. Imam Mahdi, the redeemer according to the Islamic faith, will appear on Earth before the Day of Judgment.