US approves ban on selling guns to Erdogan's security 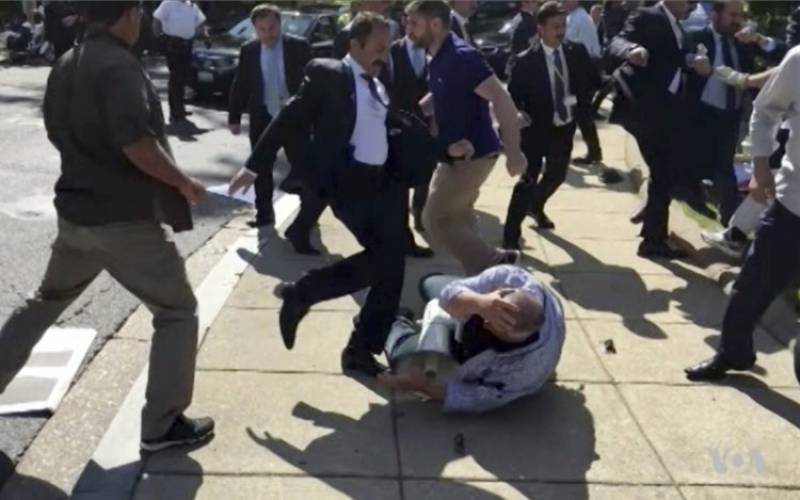 WASHINGTON - A measure approved on Thursday by a US Senate committee will block the U.S. government from supporting the sale of weapons to security forces protecting Turkey's president.

Indictments were issued for 19 people, including 15 members of President Erdoğan’s security detail, for attacking protesters in Washington, D.C., during an official visit in May. The indictments, which were announced in August, accused the perpetrators of attacking people who were protesting the visit of Erdoğan and of committing a crime of violence. Some of them also face charges of assault with a deadly weapon, according to Washington Post.

The amendment approved by the Senate Appropriations Committee is part of a continuing U.S. response to violence against peaceful protesters carried out by bodyguards travelling with the Turkish president during a visit to Washington this spring.

Bodyguards for President Recep Tayyip Erdogan punched and kicked protesters who had gathered outside the ambassador's residence in May awaiting Erdogan's return from a White House meeting with President Donald Trump.

Earlier this year, the Trump administration notified Congress of its intent to allow a New Hampshire gun maker to sell $1.2 million in semi-automatic handguns and ammunition to an intermediary in Turkey for use by Erdogan's security forces. The sale was quietly put on hold after the incident outside the ambassador's residence. An official familiar with the administration's plans said the sale has been shelved indefinitely.