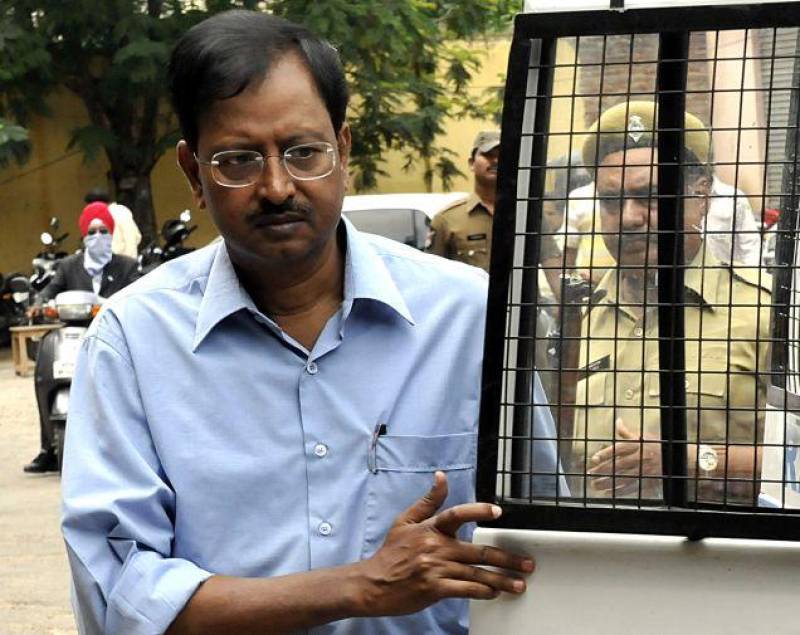 HYDERABAD (Web Desk) - A court in India has found the former head of Satyam Computers and nine others guilty in one of the country's biggest ever corporate scandals.

B Ramalinga Raju, who founded the software services giant, denied charges of conspiracy, cheating and forgery but admitted to accounting malpractices.

The special court in Hyderabad is expected to pass sentences on Friday.

The collapse of Satyam Computers in 2009 cost shareholders more than $2bn and rocked India's IT industry.

The BBC's Simon Atkinson in Mumbai says it is the biggest fraud at a listed company in India - its collapse was called India's Enron.

Satyam was one of the biggest players in the booming Indian software market. The jobs of 50,000 Satyam workers were only saved after the government intervened.

Another Indian firm, Tech Mahindra, bought a controlling stake in the company in April 2009.

All 10 people accused in the case were convicted - they include two brothers of Raju and seven others. Raju could face life in prison, prosecutors say.

In January 2009, Raju, one of the pioneers in the Indian IT industry and Satyam's founder and then chairman, confessed to manipulating his company's account books and inflating profits over many years to the tune of about $1.15bn.

In a letter to the board he claimed he had fudged the numbers in order to be in the top-four league of the Indian IT industry.

Prosecutors say that when the scam unravelled, it cost shareholders $2.3bn at today's rates.

The scam had been going on for nine years and the confession sent shockwaves across the industry.

Court papers filed by India's stock market regulator said that Raju along with 13 other friends and family made about $400m in illegal wealth in the scam - by cashing in on a surging share price - offloading stakes in the company at a high price and making substantial profits despite knowing that accounts were overstated.

Raju was arrested in January 2009 and jailed. He also spent nearly a year in hospital being treated for hepatitis.

Satyam had been one of the biggest players in the booming Indian IT software market, supplying back-office services to firms from around the world, including General Electric and Qantas Airways.