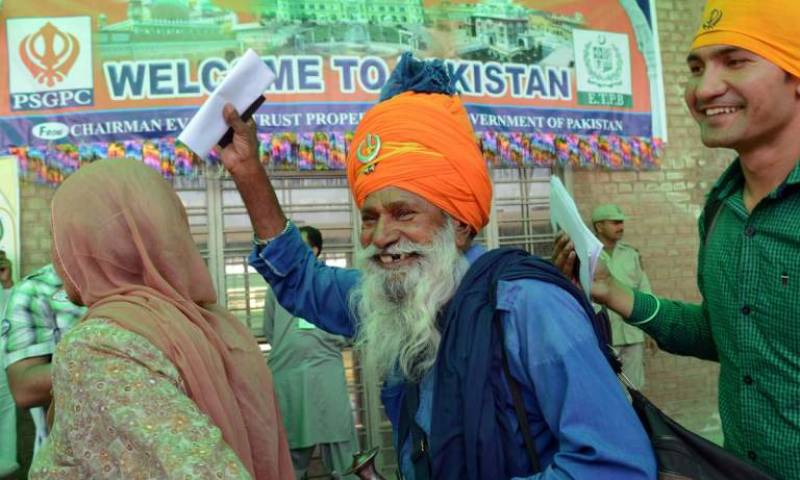 NEW DELHI - The Pakistan High Commission in New Delhi issued as many as 2,200 visas to Sikh pilgrims from India to participate in the annual Baisakhi celebrations.

The visas have been issued for the Sikhs to attend the religious festival scheduled from April 12 to 21.

The High Commission stated that 2200 visas issued were in addition to the ones already granted to Sikh pilgrims from other countries.

Pakistan's High Commissioner Sohail Mahmood said the gesture shown by the Pakistani government was reflective of the reverence attached to Baisakhi, both in its religious and cultural dimensions.

"We extend our profound greetings and felicitations to all our brothers and sisters celebrating this auspicious occasion and wish the visiting pilgrims a spiritually fulfilling journey," added the High Commissioner.

Baisakhi or Vaisakhi marks the start of the new Sikh year and coincides with the time to harvest Rabi crop.

A large number of Sikh Yatrees (pilgrims) from India visit Pakistan to attend various religious festivals and pay a visit to the Gurdwaras.

Visas are issued under the Protocol on Visits to Religious Shrines 1974.

During the visit to Pakistan, the pilgrims also visit the holiest shrines of Panja Sahib, Nankana Sahib, and Kartarpur Sahib.

The quiet town of Hassanabdal comes alive with festivity with the arrival of pilgrims. For centuries the economy of this town has revolved around the Gurdwara Punja Sahib.

Traditionally, during their stay at a Gurdwara, Sikh pilgrims sleep on the floor. The festival begins with the recitation of the Guru Granth Sahib, the Sikh holy book. The entire 1,430 pages of the text are read during these three days. The celebrations culminate with the end of the recitation on the third day of the Besakhi and the ‘Bhog’, or conclusion ceremony is performed.

For decades, Pakistan has been facilitating pilgrims from India, Canada and other parts of the world in their religious rituals.