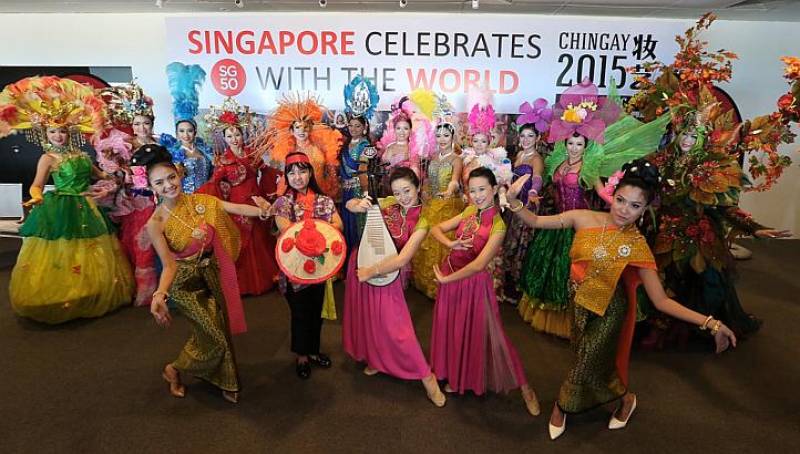 SINGAPORE (APP) - Singapore will mark 50 years since independence on Sunday with nationwide celebrations including a huge military parade and firework display that will also pay tribute to former founding leader Lee Kuan Yew.

The procession, which will be capped by a fireworks display, is the high point of a jubilee year largely choreographed and funded by the government, which is expected to call for general elections soon to extend its rule against a divided opposition.

Singapore became a republic on August 9, 1965, when it was ejected from the Malaysian federation following a stormy two-year union.

The celebrations kicked off Sunday morning when sirens blared at 9:00 am (0100 GMT) before national TV and radio stations broadcast a 2012 recording of Lee Kuan Yew rereading the original declaration of independence.

"At 50 years, as we stand at a high base camp, we look back and marvel at how how far we have come," Prime Minister Lee Hsien Loong said in a televised message.