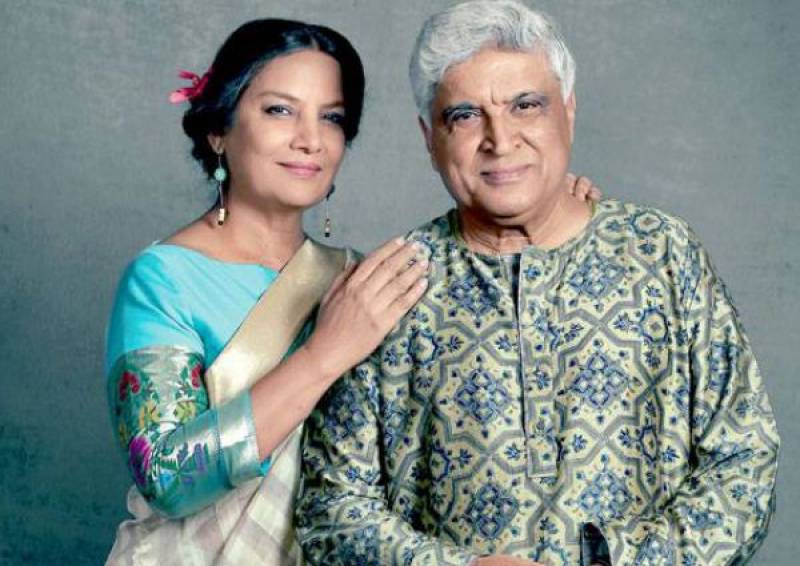 Shabana Azmi and lyricist/writer Javed Akhtar marked 33 years of a happily married life today - and we have proof!

Shabana posted a tweet earlier today expressing her joy about her anniversary:

Its our 33rd wedding anniversary and we can still smile together ..Somewhere something went right mashallah . 🙏🌺💕 pic.twitter.com/EOAoEYtaW3

Hrithik Roshan, being a true romantic, wished the iconic couple a very happy anniversary and suggested that they should write a book about their life spent together.

So sweet. He seems to be sharing an amusing secret and you seem unable to control your laughter. A moment often shared by college sweethearts:) You & Javed uncle must pen down your journey together. Will be so inspiring. Happy anniversary @Javedakhtarjadu n @AzmiShabana https://t.co/EL4ooytQXB

Shabana Azmi proved she is the queen of witty remarks with this response:

My friends marvel that I still find him hilarious after all these years .. the secret lies in the fact that we meet so infrequently😜😜 https://t.co/1zzDVHFNmc

Director and producer, Farah Khan, joined in and tweeted:

Congratulations @Javedakhtarjadu @AzmiShabana we are just 20 yrs behind you😄 https://t.co/UH3KO2vSWZ

As for Javed Akhtar?

He already did the most romantic thing a lyricist can do by writing 'Kathayi Aankhon Waali Aik Larki' for his beloved wife Shabana Azmi, for the movie 'Duplicate' in 1998.

Here's the song for those of you who have forgotten: