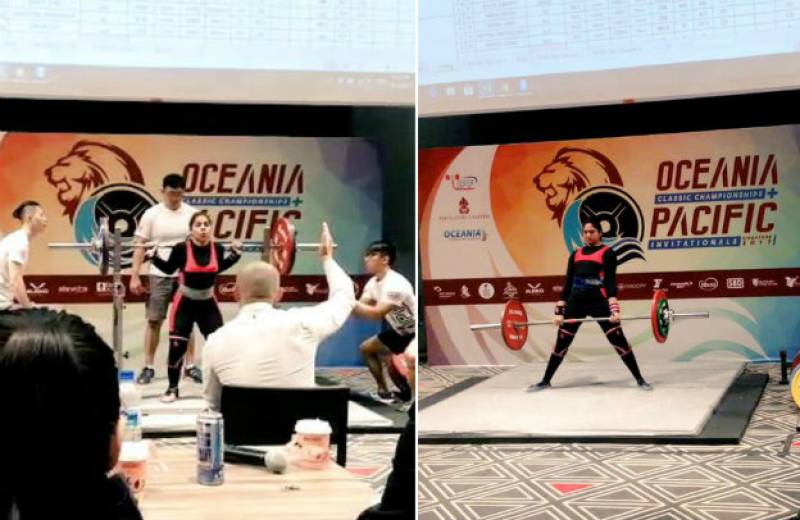 SINGAPORE - Two Pakistani female powerlifters on Saturday made history by securing four gold medals each in their respective categories during an international competition.

The competition called "Oceania Pacific Powerlifting Championship" is being held in ark Avenue Convention Centre in Singapore. It started from December 7 and will end on 10.

Saniha secured four medals in the 57kg category by lifting 55kg during bench press, 110kg during deadlift, 115kg during squat, while the aggregate weight which she lifted remained 280kg.

In the category of 72kg, twinkle Sohail managed to bag four gold medals.

The other members of the female team are  Sybil Sohail (47kgs) and Rabbia Razzaq (84).

The women and men powerlifting team reached Singapore on December 6 to take part in the competition.