Malala speaks up as hijab row deepens in India 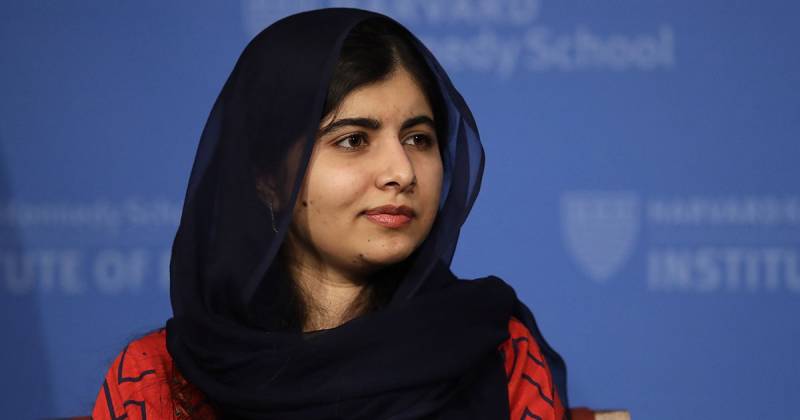 LONDON – As Muslim students in India’s Karnataka state continue to protest for their rights to wear a hijab at educational institutions, youngest noble laureate and Pakistani activist Malala Yousafzai has extended support to the students, urging the BJP government to 'stop the marginalisation of Muslim women'.

The stand-off started in the Karnataka state after students at a government-run high school were told not to wear hijab last month. The edict soon spread to at least two other educational institutions in the state.

Malala has joined the conversation on social media while commenting on a news story about a young Muslim girl who was heckled by a saffron mob on Tuesday at a college in Udupi, a city in Karnataka.

A viral clip of the incident shows the hijab-clad student, identified as Muskan Khan, standing up against the Hindu mob when they tried to heckle her for Islamic code. In an interview, she said that she was not worried or scared by them.

In a tweet, Malala said: "Refusing to let girls go to school in their hijabs is horrifying," the Nobel peace laureate and women’s rights activist, Malala Yousafzai. Furthermore, she added, "Objectification of women persists — for wearing less or more. Indian leaders must stop the marginalisation of Muslim women."

“College is forcing us to choose between studies and the hijab”.

Refusing to let girls go to school in their hijabs is horrifying. Objectification of women persists — for wearing less or more. Indian leaders must stop the marginalisation of Muslim women. https://t.co/UGfuLWAR8I

Amid the outcry, the Indian state-run by the Modi-led Bharatiya Janata Party (BJP) announced the shutting down of educational institutions for three days. Amid rising Islamophobia, the anti-Muslim stance has galvanized fears among the minorities under the Hindu nationalist government.