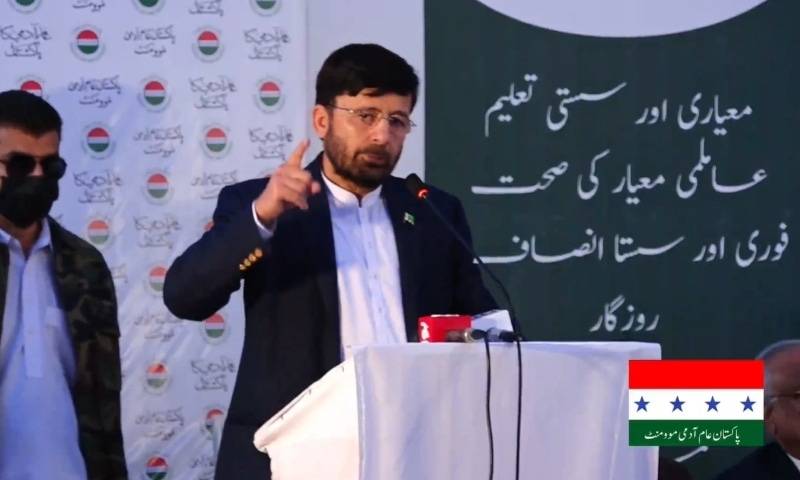 Speaking at the launch ceremony of his party at the Karachi Press Club, Saad Khattak said PAAM would depict a true issues of common man unlike other parties that had used the general public for their ‘vested interests’.

The retired army officer mentioned that it is time to introduce new blood in Pakistani politics as the current leadership included feudal, and capitalists. He lamented at the current circumstances saying the ruling elite had rendered the common man ‘irrelevant in politics’.

Pakistan Aam Admi Movement will change this culture, and bring leaders from within the middle class for the first time in the political history of Pakistan, he said while stressing to strive for changing the system in the country.

Khattak said the ruling party PTI, PML-N and the PPP served only in the interest of the elite. “We want to change all this… once the people had great hopes from the PTI but it too disappointed them,” he said while lambasting the performance of PM Imran Khan.

He also opposed the current judicial system, saying that the incumbent judiciary has failed to deliver justice to the common man. He also pledged to introduce a modern, responsible and effective judicial system. He also stressed that real change would occur when the powers were delegated to the lower levels.

During the launching ceremony, the leaders of the new political party also introduced the party’s manifesto with media personnel that focuses on education, e-governance, health, empowering the youth, environment, law and order, and the justice system.

ECP registered PAAM back in November 2021 however, its launching ceremony was held at the Karachi Press Club on Sunday.