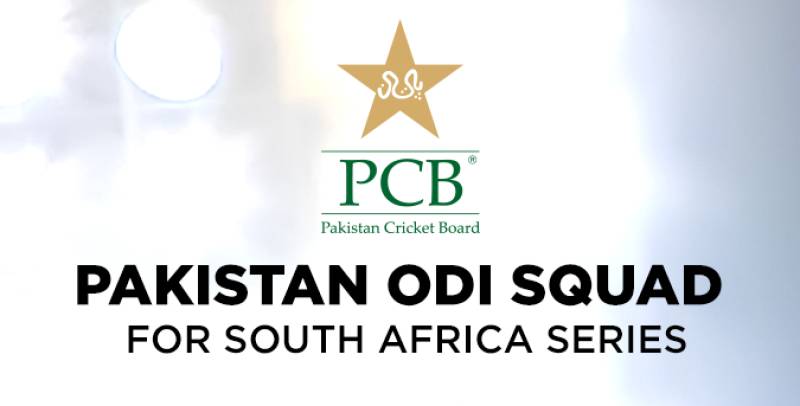 LAHORE – Pakistan Cricket Board (PCB) on Wednesday the 16-member squad for the upcoming ODI series against South Africa, scheduled to start from January 16.

There are five changes from the Test side, which is presently in Johannesburg preparing for the third and final Test. Asad Shafiq, Azhar Ali, Haris Sohail, Mohammad Abbas and Yasir Shah have been replaced by Mohammad Hafeez, Shoaib Malik, Hussain Talat, Usman Shinwari and Imad Wasim, respectively, says a press release issued the the PCB.

There are three changes from the 15-man ODI side, which drew with New Zealand in the UAE after the final ODI was washed out. Asif Ali, Haris Sohail and Junaid Khan have been replaced by Mohammad Amir, Hussain Talat, Mohammad Rizwan and Shan Masood.

“We have tried to maintain consistency, taking into consideration player performances in white-ball cricket as well as looking ahead to the upcoming ODI challenges, including the World Cup,” Said Chief Selectors Inzamam-ul-Haq. Asif Ali has been dropped due to inconsistent and below-par performance. In his place, we have decided to give Hussain Talat an opportunity to show his mettle and skills. He is a good left-handed batsman, who can also bowl, Haq added.

Inzamam added: “Before finalising the squad, we spoke with the team management, which has confirmed that all the players are fit for the ODI series.”

The squad for the three-T20I series will be announced in due course.