‘Love all of God's creatures’, Ushna Shah in Instagram war with Omay Waqar 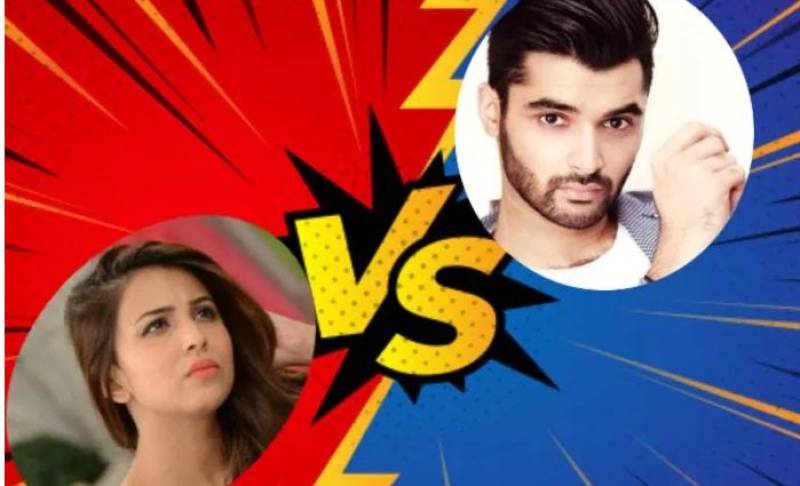 The fight began when Waqar posted his views about stray animals after he had got bitten by a dog on a street. 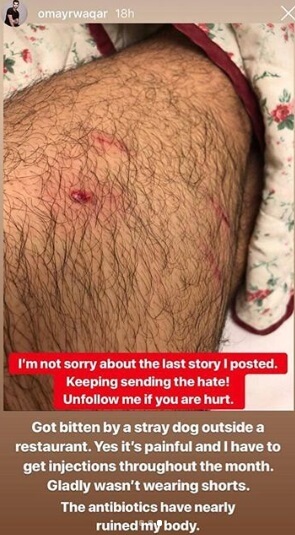 Here’s the complete summary of what happened between the celebrity and makeup artist on Instagram:

It all started when Omayr Waqar was exercising his rights of speech on his Instagram account saying that the stray dogs should be removed from Karachi as no one is willing to treat them and that un-treated dogs are ‘harmful’.

His opinions hit Ushna hard, and she responded to Waqar's posts in her style, saying she was disgusted.

Calling out someone on their opinion that you don’t agree with is one thing but making personal remarks can east trigger the best of us. And this is what happened as Omayr was quick to response to Shah's comments on his opinion:

To add more spice, Omayr also attached a few tweets from Ushna’s twitter where she has been abusive and harsh in words with Twitterati :

Till now Ushna has not responded to any of Omayr’s later snaps and has kept silent. Omayr, however, did clarify in one of the comments to an e-magazine 'Diva Magazine'  that he never asked for the dogs to be killed or eliminated.

The artist made it clear that he had only requested to the authorities to get the dogs under control because he was bitten by an untreated one and well, because of which he thinks untreated dogs should not be roaming around in the streets of Karachi. 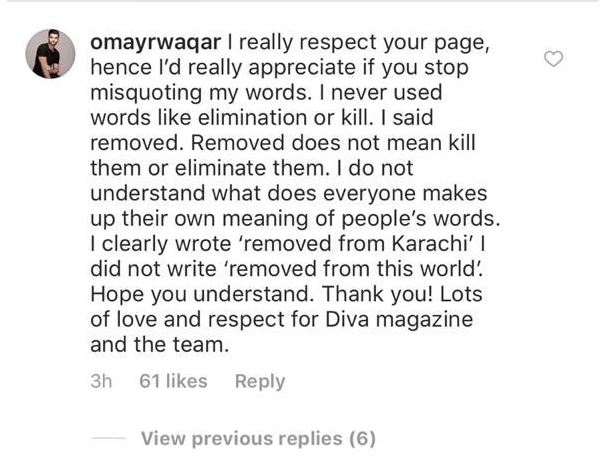