The music video was directed by Sundus Hashmi. 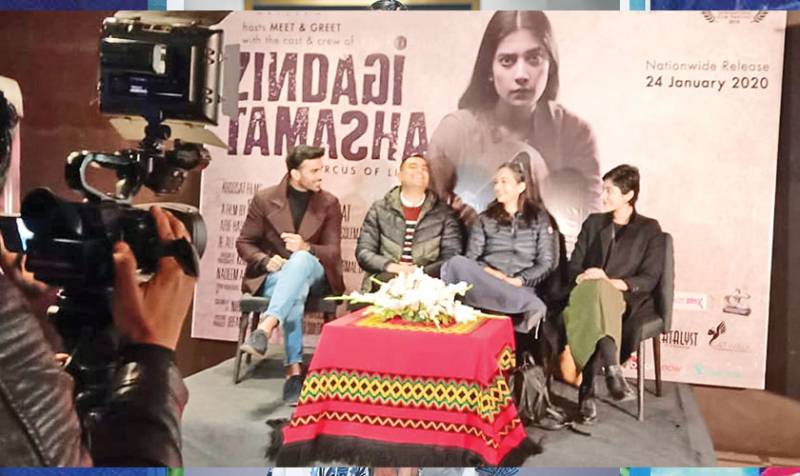 The film ran into some trouble back home before it was even released. Earlier this month the trailer of Zindagi Tamasha was taken down from YouTube, much to fans’ disappointment. It will be uploaded once again with minor changes.

During a press conference, the directed has said that the decision was made after some people raised concerns over certain scenes featured in the trailer. According to the trailer, the film aims to shed a light on the misuse of the blasphemy law.

Zindagi Tamasha will be hitting the cinemas countrywide on January 24.