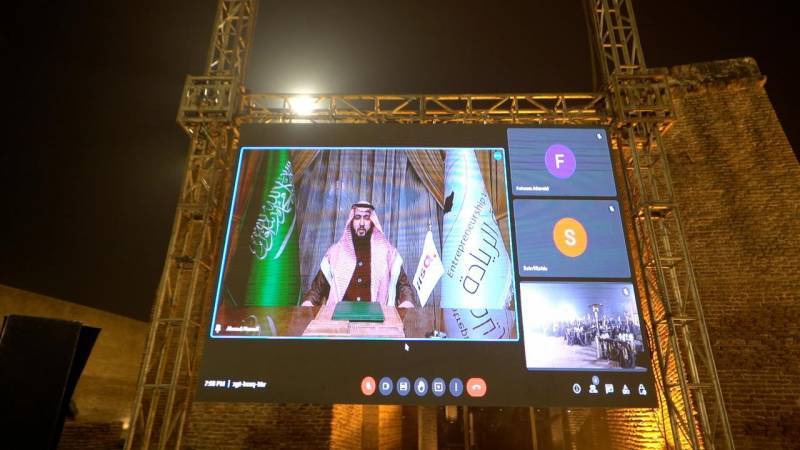 LAHORE – Saudi Prince Fahad bin Mansour has rolled out a plan to create 1,000 jobs by taking up projects worth $100 billion in next five years in Pakistan, Saudi Arabia and other countries.

In his virtual address at the closing ceremony of the Pakistan’s biggest tech conference Future Fest 2023, he said his company ILSA Interactive planned to undertake 300 projects during this period.

“For the next five years, we are looking forward to creating more than 1,000 jobs in Pakistan, Saudi Arabia and globally,” he was quoted as saying. “We are expecting to have more than 300 projects, with a minimum total project value of $100 million,” he added.

Prince Fahad said his company would forge partnership with IT companies, universities and enterprises in Pakistan.

In his previous address at the opening ceremony, he announced establishment of a dedicated Saudi - Pakistan Tech House to promote greater ease of doing business.

During his address, he highlighted the Kingdom’s Vision 2030 roadmap under the leadership of the Custodian of the Two Holy Mosques, King Salman, which has seen the booming of the technology sector along with major new smart cities like NEOM.