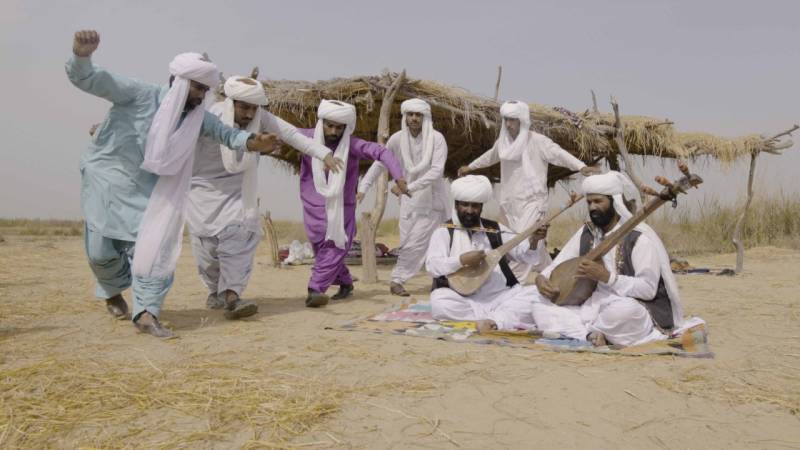 QUETTA - Coke studio is coming up with exciting tracks depicting the rich culture of Pakistan and it's beauty. This music platform has promoted many talented artists of the country and the latest tracks by Coke studio are not only pleasing in hearing but a visual treat to watch. The songs are being shot at scenic places of Pakistan.

After the release of folk songs, Pareek and Faqeera, Coke studio has released a third folk song of the year 2018. This time they have shown the traditional heritage and culture of Baluchistan and its centuries-old musical background.

The song  Naseebaya featuring  Nar Sur (Throat Singers) Mangal, Darehan and Shayan from Balochistan will be a super-hit and it is surely a well-sung song by the three singers.

The video of the song showcases the high mountains and wilderness of Balochistan with the unique sounds of  Nar Sur – deep, cyclic, low overtone vocals – emanating from Mangal’s throat since almost three decades. Naseebayais an ode to the peculiar vocal art that continues to survive within the remote mountains of Balochistan.

Naseebaya represents the nomadic lifestyle and how these nomads have been migrating for food and shelter from Central Asia to Pakistan. The trio has given energetic vocals to the song and has shown their stamina and distinctive skill to maintain pitch and melody. The lead singer Mangal is one uniquely gifted folk singer by nature.

The three singers have played beautifully with cyclic melodies along deep overtone vocals. The whole team effort has made  Naseebaya a replayable tribute to Baluchistan's culture. Every one of Nar Sur’s folklore tells a story, and to better understand the deeper meaning of these conversations, it is important to know where it all started from.

Let's have a look at the melodious song:

We are highly glad about Coke Studio's latest project. They are doing a brilliant job by exploring Pakistan's diverse culture and promoting each province's musical history and traditions.