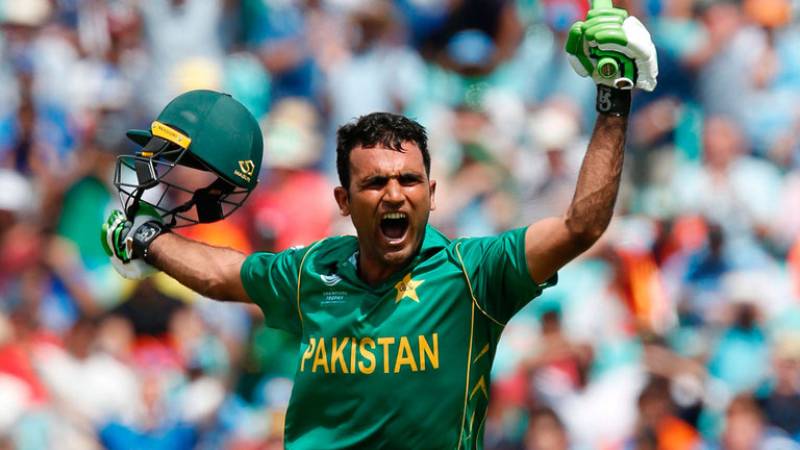 The Man from Mardan, who made his name with a scintillating century in the ICC Champions Trophy final against India last year, was at it again in the Tri-nation T20 series decider against Australia on Sunday with his brilliant 91 on 46 balls.

HARARE - En route to his third half-century of the T20I triangular series in Harare, Fakhar Zaman became the highest ...

Australia's Aaron Finch is at the top spot while India's KL Rahul is at no 3. Aaron Finch, Fakhar Zaman and KL Rahul have leapfrogged the existing table-toppers to become the top-three batsmen in the T20I rankings.

In the bowling table, Rashid Khan of Afghanistan and Shadab Khan of Pakistan have retained the top two positions.

Earlier, Fakhar Zaman became the highest run scorer in T20Is during 2018 while also securing the record for scoring most runs in a series for Pakistan on Sunday.

The left-handed batsman, 28, also crossed the 500-run mark in the calendar year, becoming only the third batsman to do so after India’s Virat Kohli and Afghanistan’s Mohammad Shahzad.

Zaman has also secured his position among the top five Pakistani players with the highest individual score of 91 against Aussies.