Last month, the television actress was put on the ventilator after enduring a heart attack. She had been admitted to the hospital for the last two weeks. She suffered another heart attack earlier today.

Zaheen Tahira's grandson had shared the news of her sad demise through social media: 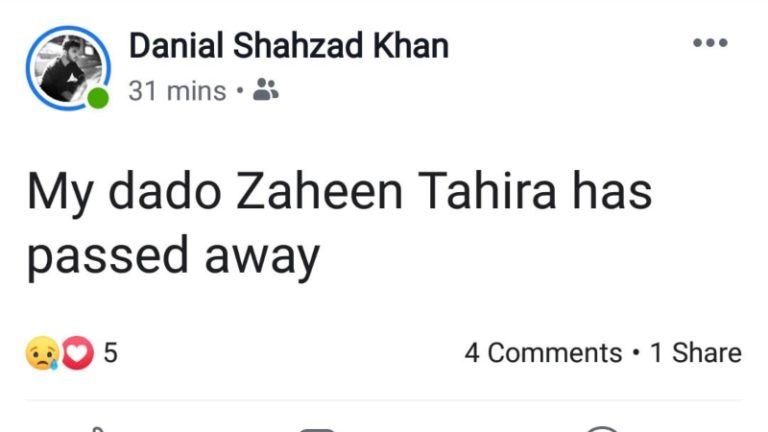 Fellow celebrities and fans had taken to social media when the news of her deteriorating health surfaced last month, sending her love, prayers, and wishes for a speedy recovery, asking people to pray for the actress.

#ZaheenTahira Has Gone From This Selfish World... May ALLAH Pak Grant Her Best Place in Jannat Ul Firdous, Forgive All Her Sins, Pay Mercy on Her Daughter... Aameen pic.twitter.com/420hw0bWTW

#ZaheenTahira is considered to be one of the most senior and veteran actress in Pakistan television history. She dominated the TV screens in the late 70s and 80s by portraying strong characters. May Allah give her highest place in Jannah Ameen. pic.twitter.com/5vaxtd6h8L

Grew up watching her on #PTV, she was like my TV grandmother. Rest in peace #ZaheenTahira 😥 https://t.co/uqg1cJD5yE

Zaheen Tahira had started her career in the mid-60s. She has been a part of more than 700 dramas in both lead and supporting roles. She has also directed and produced a few drama serials. She is currently a part of ARY Digital’s Barfi Laddu.

Tahira was honoured with Tamgha e Imtiaz in 2013 by the then President of Pakistan for her exceptional work for the entertainment industry of Pakistan.