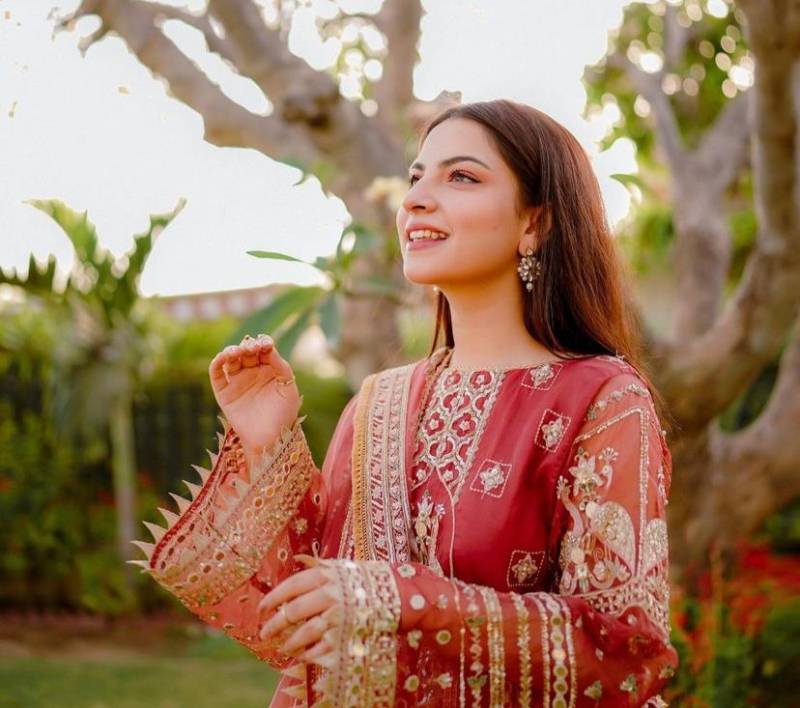 Dananeer Mobeen is winning hearts with her killer dance moves as she brought the ultimate 'pawri' at the Umar Mukhtar's star-studded Mayun with her dance on Pushto song.

The Sinf e Aahan actress set the dance floor ablaze with her unmatchable energy and her dance video is storming the internet.

In particular, praises poured in as she was spotted zealously grooving on a Pashto number. Dananeer alongside her friends left the temperatures soaring high as they showcased killer dance moves at the wedding.

His wedding festivities have kick-started and many stars like Dananeer, Hania Aamir, Areeba Habib, Zaviyar Nauman,  and others have been spotted enjoying at the celebrations

The Pawri girl shot to fame after her five-second video went viral on social media across the subcontinent. The short video shot by the influencer in the Nathia Gali mountains of northern Pakistan and uploaded on Instagram showed a group of youngsters enjoying themselves by the roadside.

On the work front, she has been praised for her acting debut on the small screen with the star-studded drama serial Sinf-e-Aahan.