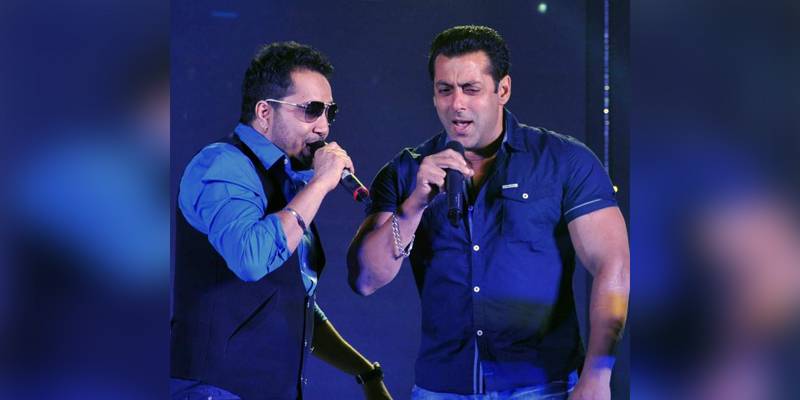 MUMBAI- Bollywood  Superstar  Salman Khan reunites with Punjabi Singer Mika Singh for a thrilling and party song of the season in movie Race 3. The song title is 'Party Chale On'.

This is not the first time they both are collaborating on a song, previously they have been working together for entertaining songs like for Dhinka Chika (Ready), Desi Beat (Bodyguard), Jumme Ki Raat (Kick) and Aaj ki Party (Bajrangi Bhaijaan).

These all songs have been on the top of charts and were super-hit. Let's have a look at the latest song of Sallu and Mika Singh:

The movie is a starring cast of Salman Khan, Jacqueline Fernandez, Anil Kapoor, Bobby Deol, Saqib Saleem and Daisy Shah.'Race 3' is Produced by Salman Khan Films and Ramesh Taurani under the banner of Tips Films and is directed by Remo D'souza.